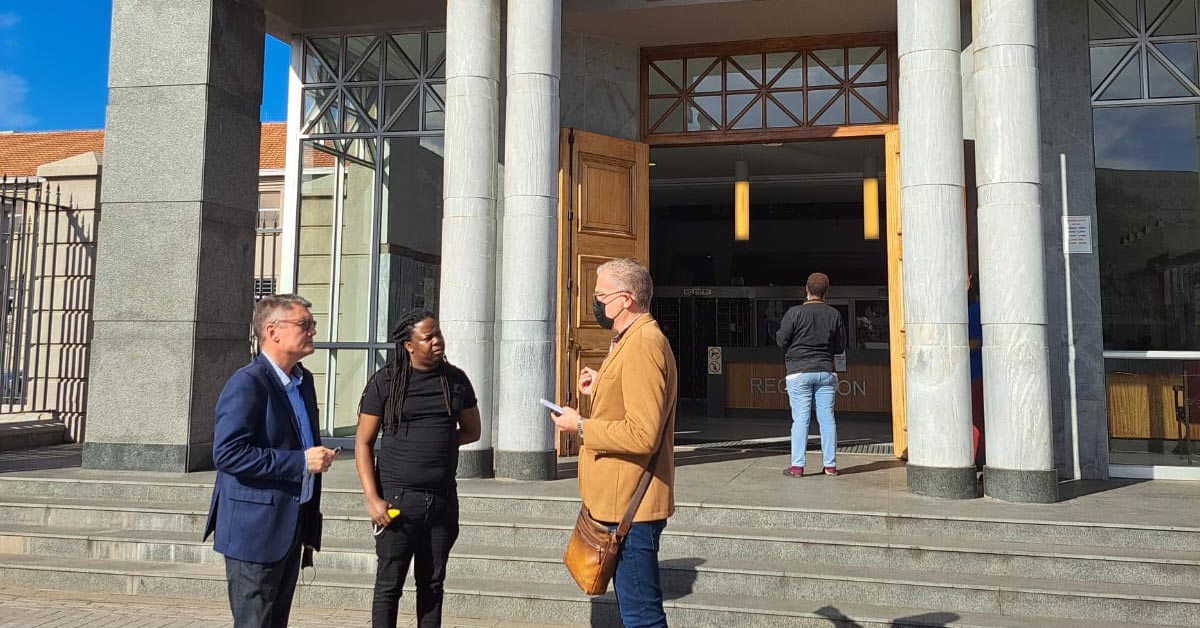 Hofmeyr reacted to the news on Facebook by doubling down on his earlier queerphobic statements. He accused the LGBTIQ+ community of “infiltrating our toddlers’ lives with their inappropriate grooming and sex talks at schools.”

In April, the SAHRC sent a letter to Hofmeyr demanding that he issue a full public apology, donate R500,000 to an LGBTIQ+ group and do community service over his social media comments.

These statements included claiming that the LGBTIQ+ acronym includes the acceptance of bestiality and that the LGBTIQ+ community is in support of “grooming” children. Hofmeyr has refused to comply, despite the threat of legal action.

The clerk of the court initially refused to accept the matter as she was not aware that the High Court can serve as an Equality Court. According to Trower, it was only on the repeated insistence of the commissioner that the complaint was finally registered. (Under the Equality Act, all High Courts are also Equality Courts for their area of jurisdiction.)

“It is very clear that accessing justice is still very difficult. It was shocking that a High Court doesn’t know that they are an Equality Court. And even after we had to explain the law to the clerk, the clerk still gave us attitude and didn’t want to take our case and wanted us to convince them that this case needs to come to them,” said Trower.

Nevertheless, Trower is pleased that the SAHRC is taking the matter further. “This is in the public interest and I am happy that they understand the hatefulness of what Mr Steve Hofmeyr has said.”

In a statement, the Commission said it believes that Hofmeyr’s comments “may seriously demean and humiliate members ascribing to the LGBTIQ+ community, thereby affecting their rights to Equality and Dignity as determined in sections 9 and 10 of the Constitution.”

The SAHRC added that his statements may also be in contravention of Section 11 of the Promotion of Equality and Prevention of Unfair Discrimination Act.

“Serious harassment towards the LGBTIQ+ community, therefore, needs to be addressed summarily. The Commission underscores the importance of promoting and protecting the rights of all LGBTIQ+ and of gender non-conforming persons,” said the commission.