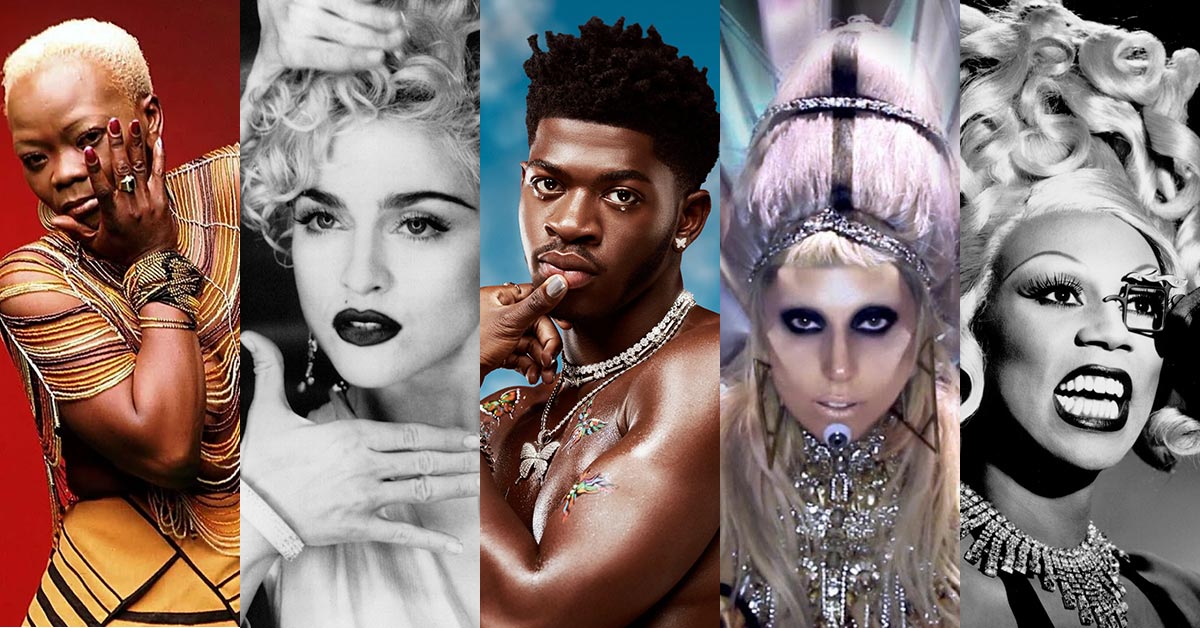 Across the globe, International Pride Month is celebrated in June each year, marking the anniversary of the 1969 Stonewall Riots that led to the very first Gay Pride March in 1970.

While Pride is usually observed in South Africa in October, a scorching Pride Month playlist in celebration of all things queer will certainly help to warm things up this side of the equator.

Check out these 21 tunes that are sure to get you in the spirit of Pride.

What would a Pride playlist be without this banger?

2. I Will Survive by Gloria Gaynor

This classic reminds us of the grit of the LGBT community, and is a staple at drag shows and Pride celebrations everywhere.

Taking inspiration from gay ball culture, Vogue is a celebration of the dancefloor as a place of freedom and self expression for so many queer people across the decades.

With this song, Lil Nas X cemented himself into queer pop culture forever. The music video had tongues wagging (and hanging out) when it was released, and it’s easy to see why.

This song by Capetonian queer artist Dope Saint Jude is a battle cry that’s sure to get everyone moving.

6. I’m Coming Out by Diana Ross

This song has become a gay liberation anthem since being released in 1980, and directly links with queer culture – the songwriter penned it after seeing drag queens dressed as Diana Ross at a gay disco in New York City.

7. Love Is In The Air by Toya Delazy

Would you believe this track was released 10 years ago? This feel-good song is about what queer Pride ultimately boils down to – love.

If you’ve ever been to a Pride march, you’ll certainly have heard this tune blaring.

9. Supermodel (You Better Work) by RuPaul

Released a great many years before RuPaul would take drag to the global masses, this 1992 hit is as much of a crowd pleaser now as it was three decades ago.

10. Make Me Feel by Janelle Monáe

Dripping with queer desire, Monáe collaborated with another LGBT icon on this track – and you’ll hear Prince’s influence when listening to it.

11. Born This Way by Lady Gaga

Self-acceptance is at the core of this song, which is Lady Gaga’s homage to her huge gay fan base.

12. Come To My Window by Melissa Etheridge

The lesbian songstress was one of the first to publicly reveal her sexuality, and has become a queer icon over the years. This song earned her a Grammy for Best Female Rock Vocal Performance in 1995.

Led by charismatic frontman, Freddie Mercury, Queen changed the music world forever. In this song, the band sings about being emancipated from the shackles of expectation and tradition – something that queer people can certainly identify with.

This Afrikaans artist was the first woman to win The Voice SA in 2019, and was also the first to release a lesbian music video in Afrikaans.

15. You Need To Calm Down by Taylor Swift

In You Need To Calm Down Tay Tay flips off homophobes and bigots like the proud ally she is.

Werkit Boetie was released when Edó took part in the Afrikaans reality show Wat Dit Vat last year. The artist has been hailed a trailblazer in the Afrikaans community, and this song is a testament to why Edó has garnered such praise.

17. Dancing On My Own by Robyn

A favourite among singles everywhere, Robyn’s smash hit is sure to have you jumping up and down and screaming the lyrics like it’s 2010.

Many of us can probably relate to being a “weekend special” at some point in our lives. SA’s most iconic queer singer, the late, great Brenda Fassie felt our pain in this classic banger that continues to be played at parties today.

Also a Grammy-winning track, True Colors preaches acceptance of the LGBTQ community in all its brightly coloured brilliance.

20. Be Yourself by Taylor Bennett

Rapper Taylor Bennett’s ode to living authentically has a chorus that’ll get stuck in your mind and touch your heart.

Nakhane has become popular all across the globe and has collaborated with the likes of big international names like Anohni. This song is taken from their second album, You Will Not Die.