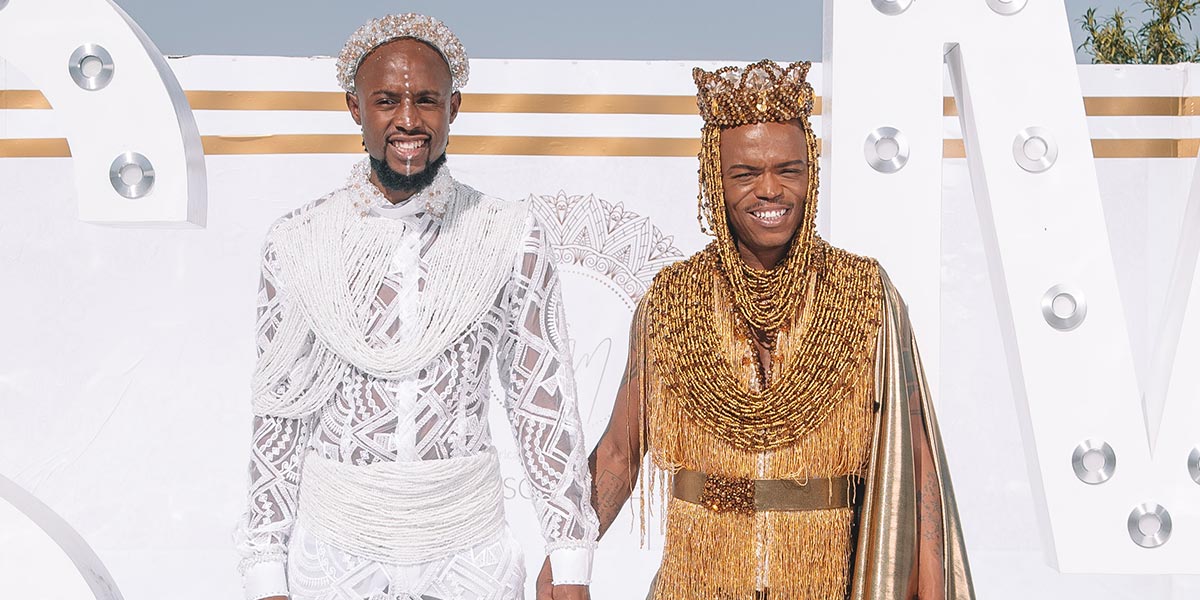 Somizi and Mohale at their first wedding (Photo: Austin Malema)

News that Showmax is set to further milk Somizi Mhlongo and Mohale Motaung’s relationship and subsequent breakup with yet ANOTHER show is leaving a bad taste in some people’s mouths.

On Wednesday, the streaming platform dropped the first trailer for a new “unauthorised documentary” titled Somizi & Mohale: End of the Road.

Set to premiere on 25 August, it’s said to “unpack their relationship, its public breakdown amid the leaked audio of Mohale accusing Somizi of abuse, and what this meant to fans and the broader LGBTQIA+ community in South Africa.”

The show follows on from the only-just-launched tell-all special Mohale: On The Record, in which Mohale sat down with Aldrin Sampear to give the public his version of the couple’s headline-grabbing breakup.

Their split was earlier the subject of Living The Dream With Somizi Season 5 which featured the Idols South Africa judge’s response to Mohale’s claims of physical and emotional abuse (which Somizi has denied) and their pending divorce.

Before that, the entire relationship was documented for reality TV posterity; from their engagement in Paris to an over-the-top wedding special that broke Showmax viewership records.

While their high-profile 2019 union was touted as a breakthrough moment for same-sex marriage visibility and representation in South Africa, for some it has instead become a tawdry and exploitative embarrassment.

Showmax’s angle of exploring how the couple’s split affected “the broader LGBTQIA+ community in South Africa” aims to give the documentary a semblance of respectability and legitimate social commentary.

It’s not clear if Somizi and Mohale had input into the production or if they are set to earn any income from its broadcast.

Some South Africans have taken to social media to express their views about the upcoming documentary and many are not too impressed.

“I get why some TV fans say this content is now being shoved in their throats,” wrote entertainment commentator Phil Mphela on Twitter. “The line of overreaching is getting crossed now. Enough!!!!!!”

One person added that “It’s starting to make me think that everything that went on between them was staged from the beginning”. Another commented: “Who’s making money here? Them or Showmax. There’s no longer content here, come on!!!!!”

Perhaps Somizi & Mohale: End of the Road will indeed surprise us and offer some new and remarkable insights into the couple’s cultural significance. We’ll see.

It could also be time for Showmax executives to reconsider their willingness to scrape the bottom of the barrel for content. While they might succeed in pulling in viewers to gawk at this seemingly never-ending car crash, it may not be doing their brand any favours.