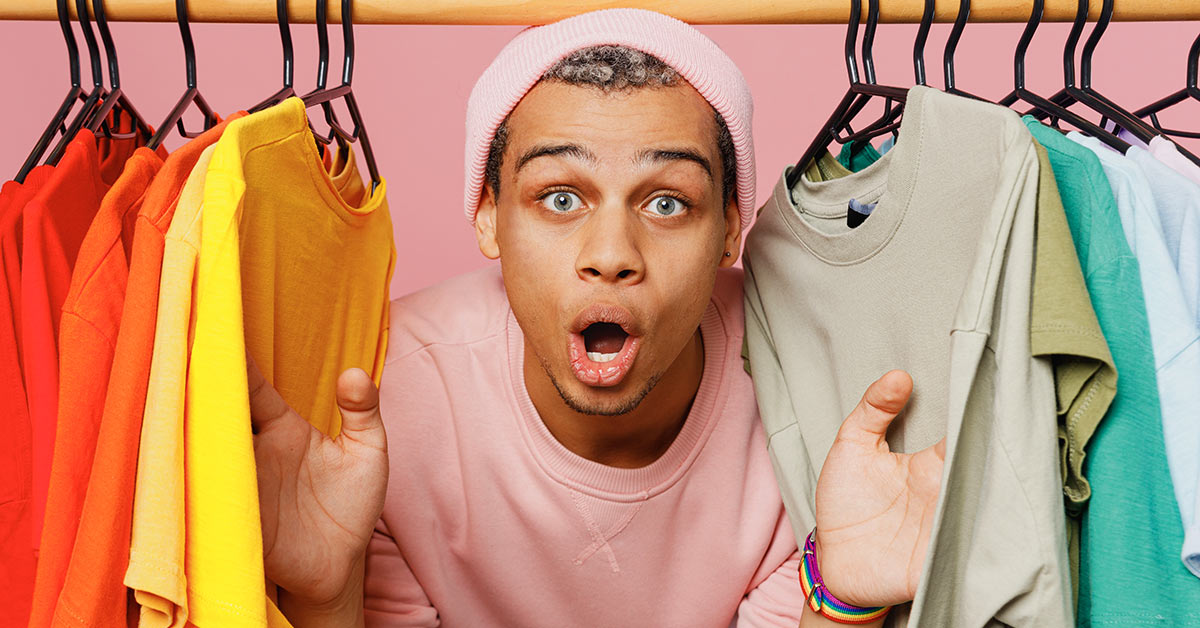 Life’s too short to spend it in the closet! It’s a phrase that’s often bandied about when talking about coming out as gay, lesbian, bisexual, transgender or queer (LGBTQ+).

And while there’s little doubt that being free and open about who you are, who you love or the gender that you identify with is in principle a good thing, life is a little more complicated than that. (Isn’t it always?)

The reality is that some of us have the luxury of living in families or communities that will be more accepting than others. Coming out is always an act of bravery, but for some, it can also be an act that may lead to rejection, homelessness, isolation and in extreme cases, even death.

Don’t get us wrong – living life in our own truth and without shame is something to aspire to, but let’s not judge each other on the “if, when and how” we choose to do it.

Coming out is not a once-off experience

Coming out is rarely an isolated moment – it’s often a lifelong process and happens again and again. Every time you meet a new person, move house, change jobs, or join a club, you will have to decide whether to be open about who you are; just like any straight cisgender person is about their life and relationships.

Many lesbian, gay and bi people realise their sexuality as teenagers. It’s often when friends or schoolmates start having their first sexual encounters that LGB children find out that they are different. This can put them in a difficult position because most young people want to belong to a group and to be accepted.

There is no specific age for first coming out. Some research shows that the general age for coming out for gay boys is 18, for gay girls, 21, and 20 for bisexuals. But some people come out much younger, some much older – sometimes even after having been married to an opposite-sex partner. And some do not come out at all.

The stages of coming out

Internal stages: Starts with a vague idea of being ‘different’. This can happen at quite a young age, but often at the beginning of puberty (adolescence). The person considers the notion that they are lesbian or gay, but initially they often deny this to themselves. They then begin to think about it, read about it and slowly come to accept it. For many young people, this can be a lonely and depressing time.

External stages: After coming to a form of self-acceptance a person may tell someone else for the first time – usually someone close, like a friend or a family member.

Each person comes out in different ways under unique circumstances. Some people move faster than others through the stages, others don’t ever get to the point at which they can tell others or feel they can lead an openly lesbian or gay life. This all depends on the level of self-acceptance, self-value and the level of support in the social environment.

Coming out doesn’t always have to be vocalised

Many of us experience coming out in a non-verbal and less direct way. It’s often the case that in some families or communities, a child’s sexuality is acknowledged without it being actually discussed; there is a gradual unspoken acceptance. Parents may, for example, welcome a same-sex partner into the family and treat them with love and respect, but may not be comfortable actually discussing their child’s sexuality.

For some of us this is more than sufficient to lead a happy life, but some may need their coming out and identity to be explicitly spoken about and acknowledged. It can be extremely liberating to say those words “I am gay” or “I am lesbian” to someone we care about.

Coming out is good for the LGBTQ+ community

It’s been shown in research that personally knowing an LGBTQ+ person can play a huge factor in people becoming more accepting of our community. “We must become visible where we can,” said openly gay Constitutional Court Justice Edwin Cameron in 2015. “Visibility is pivotal to our struggle in South Africa [and Africa],” he added.

Thing to consider before coming out