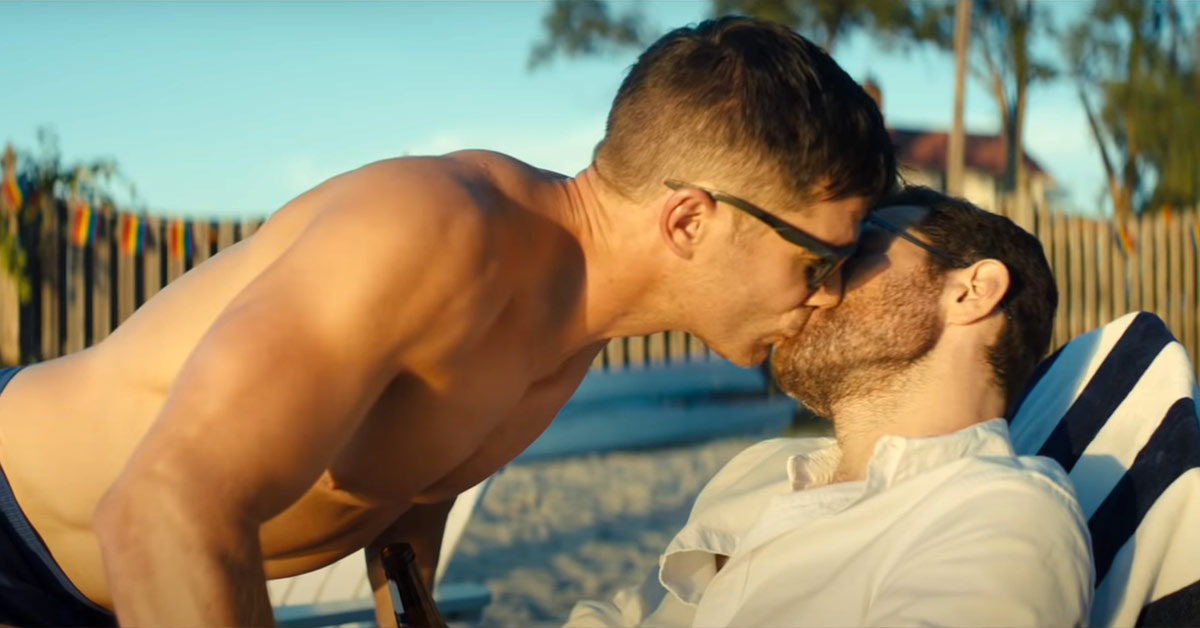 The highly anticipated Hollywood gay rom-com, Bros, recently opened in the US to a disappointing response after audiences failed to come out to watch the film. What does that mean for its local release?

Directed by Nicholas Stoller, Bros was cowritten with its executive producer and star, comedian Billy Eichner. Universal Pictures backed the film’s release in more than 3,000 US theatres, a ground-breaking show of support from a Hollywood studio for a film about a gay romance.

Bros is said to be the first adult-oriented LGBTQ movie produced by a mainstream American film studio (see 2018’s Love, Simon for the teen version). It chronicles the life of Bobby Lieber, a 40-year-old gay man from Manhattan played by Billy Eichner, who brings his trademark dry sense of humour to the role.

Running a successful podcast called “The 11th brick at Stonewall” and working as the chief curator of the world’s first LGBTQIA+ museum, Bobby’s personal life is filled with flirty meetings and a variety of platonic friendships.

One night, he spots hot real estate lawyer Aron (Luke Macfarlane) at a Manhattan club. Bobby and his new acquaintance are nothing alike in their personalities, and yet they engage in a flirtatious encounter that leads to much more.

Bros is a proudly and unapologetically gay film which uses humour and the rom-com genre to make the gay narrative more appealing to a wider range of viewers.

While the film has generally received positive reviews, audiences have not turned out to see it. Universal Pictures expected it to gross in the range of $8-10 million in its opening weekend, but instead, it came in 5th place and only took in $4.8 million.

Based on this, it’s unlikely Bros will turn a profit. It’s reported that the film’s production cost was $22 million, with Universal Pictures spending an additional $30 million to market and promote it.

In response to the film’s poor performance, Eichner spoke out on Twitter, addressing issues of acceptance and homophobia.

“Even with glowing reviews, great Rotten Tomatoes scores, an A CinemaScore, etc., straight people, especially in certain parts of the country, just didn’t show up for Bros. And that’s disappointing but it is what it is,” he tweeted.

Eichner also revealed that “At one point a movie theatre chain called Universal and said they were pulling the trailer because of the gay content. (Uni convinced them not to).”

The actor added: “Everyone who ISN’T a homophobic weirdo should go see BROS tonight! You will have a blast! And it *is* special and uniquely powerful to see this particular story on a big screen, esp for queer folks who don’t get this opportunity often. I love this movie so much. GO BROS!!!”

A CBC article suggests that the reason that Bros underperformed at the box office was not because of its gay themes but because it fell prey to a recent trend of audiences generally not having much interest in romantic comedies.

And after the Covid-19 pandemic, people may be more inclined to go to cinemas for big-screen blockbusters and watch less-spectacular films like rom-coms on streaming platforms.

Some have also made the argument that films in which queer people are persecuted or fall prey to tragedy and misery (Brokeback Mountain, Philadelphia) do much better with heterosexual audiences instead of those in which our existence is normalised and positive. (It also often helps when these films feature big-name heterosexual stars playing queer.)

Whatever’s behind Bros’ poor box-office performance, it may well impact how Hollywood studios and distributors, not known for taking big risks, feel about backing future gay content for the big screen.

There’s already an example here in South Africa. We were recently told that plans for a local theatrical release of Bros depended on its performance in the US. That means we’re unfortunately unlikely to see Bros in South African cinemas any time soon.