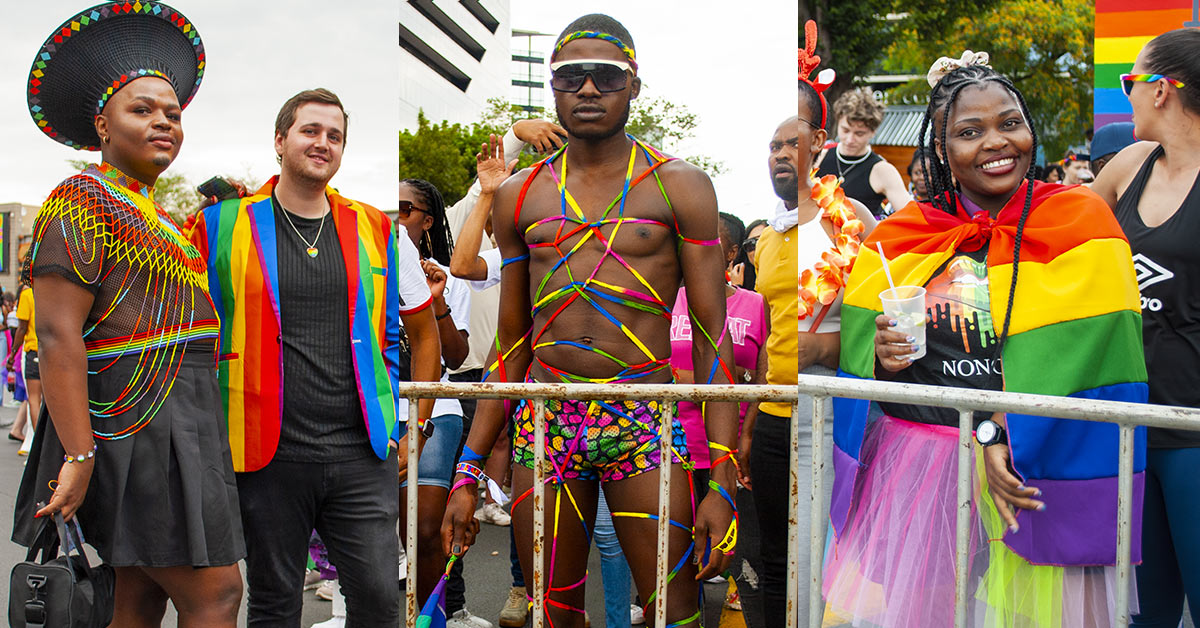 Johannesburg Pride 2022 was a riot of celebratory colour

Johannesburg Pride, Africa’s original and longest-running Pride event, returned to the streets of Sandton for its 33rd edition on Saturday the 29th of October.

Despite warnings of a terror attack from the US government, thousands still came out to march for equality and visibility and to celebrate their LGBTIQA+ identity.

A heavy police and security presence was in evidence as the crowd slowly swelled during the morning, culminating in the afternoon march through South Africa’s financial hub.

In the shadow of the nearby US Consulate, which flew a rainbow flag in support, revellers were treated to entertainment into the evening.

Read our full Johannesburg Pride 2022 report here, or check out our gallery of images below by Ziyanda Yono.