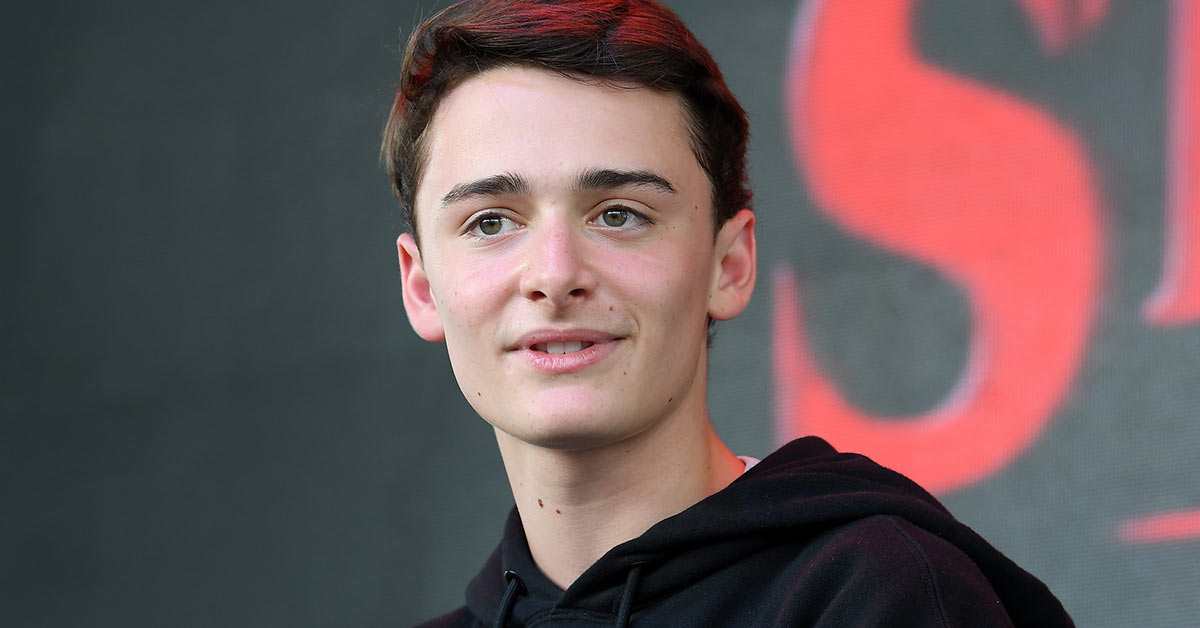 After telling his friends and family, Noah Schnapp has shared that he’s gay with his fans (Pic: Shutterstock/A.PAES)

Noah Schnapp, who plays Will Byers in the hit Netflix show Stranger Things, has come out as gay in a TikTok video.

The 18-year-old actor shared the news with his 31.8 million followers on Thursday.

In the clip, he’s seen lip-syncing to a woman’s voice saying, “You know, it never was that serious, it was never that serious, quite frankly we will never be that serious…”

Schnapp wrote on the video: “When I finally told my friends and family I was gay after being scared in the closet for 18 years and all they said was ‘we know’.”

He added in the caption: “I guess I’m more similar to Will than I thought.”

While not explicitly stated, the Stranger Things storyline has strongly suggested that the character of Will is gay and secretly in love with his best friend, Mike.

In January last year, Schnapp confirmed to Variety that Will is gay. “It was always kind of there, but you never really knew, is it just him growing up slower than his friends? Now that he’s gotten older, they made it a very real, obvious thing,” he said.

“Now it’s 100% clear that he is gay and he does love Mike. But before, it was a slow arc. I think it is done so beautifully, because it’s so easy to make a character just like all of a sudden be gay,” added Schnapp.

The creators of Stranger Things, Matt and Ross Duffer, have promised that Will’s journey will be a significant element in the upcoming fifth and final season of the series.

“Will’s going to be a big part and focus, is really all I can say of season five, in his journey,” Matt Duffer told Collider. “We’re starting to see his coming of age, really. Which has been challenging for a number of reasons, some of which are supernatural. But you’re starting to see him come into his own.”