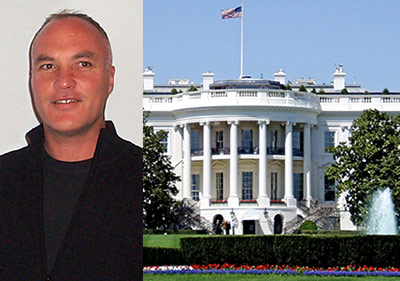 Dawie Nel, Director of Pretoria-based OUT LGBT Well-being, has attended an international conference on combating LGBT hate crimes in Washington DC, hosted by the White House.

Randy Berry, the recently appointed US State Department Special Envoy for the Human Rights of LGBT Persons, announced a number of initiatives at the conference to help address the problem.

Panel discussions were also held on the impact of community based organisations, the role of law enforcement and the judiciary and government actions and best practice.

Among the projects supported by the US, is the funding of South Africa’s “Love, Not Hate” programme. The initiative sees a network of local LGBTI rights groups providing legal, psychosocial and medical support to survivors of LGBTI-related hate crimes.

The programme, first launched in 2013, also takes on community outreach activities, training of mainstream facilities on LGBTI issues, and advocacy activities with the South African government. This includes working closely with the Department of Justice Task Team to address violence on the basis of sexual orientation and gender identity.

Nel, who attended the conference on behalf of Love, Not Hate, and was one of panellists discussing issues around NGOs working with government, said the event was informative and enlightening.

He commented that the South African government has shown positive and welcome initiatives to address hate crimes against the LGBTI community, but he expressed concern that these often “fall short” because “implementation is lacking.”

Nel explained that, “one of the challenges we need to address is how we partner with government to assist and keep them on track with implementation.”

Among the highlights of the conference was a briefing with US senators, a tour of the White House and the screening of the film Matt Shepard is a Friend of Mine. The documentary is about the brutal murder of 21-year-old gay man Matthew Shepard in Wyoming in 1998.

The event was attended by Shepard’s parents, Judy and Dennis, who spoke after the screening about the very real human impact of hate-based violence; an experience Nel described as “deeply moving.”

In April last year, South Africa launched the continent’s first-ever government campaign in support of LGBTI equality, focused on tackling the upsurge in hate crimes against members of the community.

The government has also been promising to bring a hate crime bill to Parliament for two years but has still not announced when this will happen.