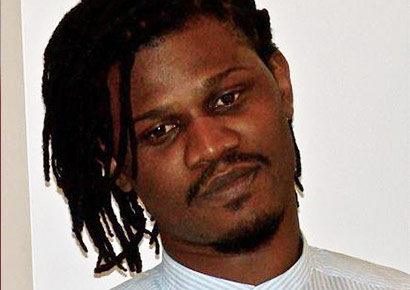 An LGBTI activist has won a court case against the Nigerian police after he was arrested for no apparent reason in 2014.

According to Daily Trust, the Abuja Federal High Court awarded Ifeanyi Orazulike N1 million (R74,000 / US$5000) in compensation and ruled that the police violated his rights by unlawfully arresting him.

Orazulike is Executive Director of the International Center for Advocacy on the Rights to Health (ICARH) and a board member of African Men for Sexual Health and Rights (AMSHeR).

In October 2014, he was celebrating his birthday at his office with friends and colleagues when police officers raided the premises without a warrant.

Orazulike was forced into a police vehicle and driven around for hours while police arrested other people, and also detained at the offices of the Abuja Environmental Protection Board.

He claims that he was at one point slapped to the ground when he refused to offer a bribe to the officers. Orazulike was eventually released without being charged and without even being given any reason for his arrest.

LGBTI activist and blogger Melanie Nathan reported that in his affidavit Orazulike described the humiliating and dehumanising treatment he received from the police.

It is unclear if the arrest was an attempt to intimidate defenders of the LGBTI community, but it came just hours after Nigeria’s Federal High Court dismissed a legal challenge against the country’s 2014 anti-gay law.

Mike Enahoro Ebah, the attorney representing Orazulike, told Nathan that he was delighted with the judgement and noted that the court also ordered the police to apologise to Orazulike in two national dailies.

“We shall ensure this is complied with,” Ebah added.

Nigeria – the most populous country in Africa – has some of the most repressive anti-LGBT legislation in the world. Anyone found guilty of engaging in homosexual acts or of entering into a same-sex marriage can be jailed for 14 years. LGBT meetings and groups or societies are banned.

Muslims in twelve northern states in Nigeria also live under Islamic Sharia law, which allows homosexuality to be punished with death by stoning. Although this sentence is rarely carried out, those most recently found guilty have been sentenced to public floggings.