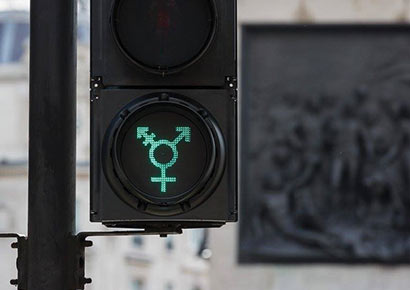 The signals now display either one of six green gender related symbols, including the trans symbol, or a same-sex holding hands design.

The initiative by Transport for London (TfL) was inspired by a similar set of traffic signals that were produced in Vienna last year.

“One of the greatest things about this city is our differences and every Londoner should be proud of who they are,” said recently elected Mayor of London, Sadiq Khan. 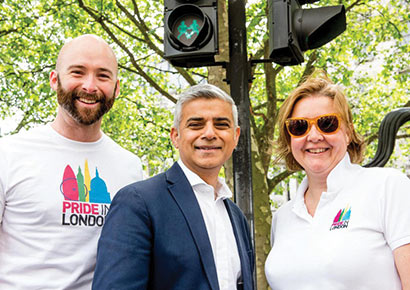 “I am very proud of our LGBT+ community here and I am looking forward to working closely with them as their Mayor,” Khan continued.

“Our thoughts and prayers are of course still with the families and friends of the victims of the hideous recent attack in Orlando. These new signals show that we stand shoulder to shoulder with them and display the tolerance and celebration of difference in our city.”

Alison Camps, Pride in London Director, commented that it was “fantastic that London is a city so keen to celebrate Pride that even traffic lights can be used.

“This small symbol is a big gesture from the Mayor of London and TFL, and we’re delighted to have their support.

“For many people acceptance and tolerance is a luxury they don’t have, and these lights are another display of how welcoming and accepting London is. 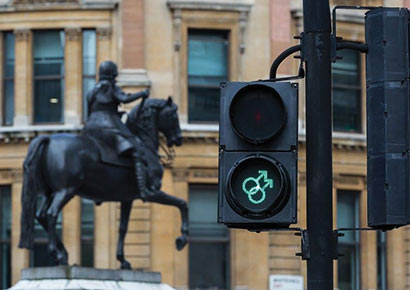 “Our campaign this year is called #NoFilter, letting people live their lives as they want to. These lights are a perfect display of that,” said Camps.

TfL will also be hosting some of Pride in London’s main performers at its busking slots at Tottenham Court Road and Charing Cross Tube stations, including special drag acts. The performers hope to raise money to support this year’s Pride in London festival and other future events.

Pride in London celebrates London’s LGBT+ community and culmiates with the street parade on Saturday, which is followed by free festivities and performances in Trafalgar Square