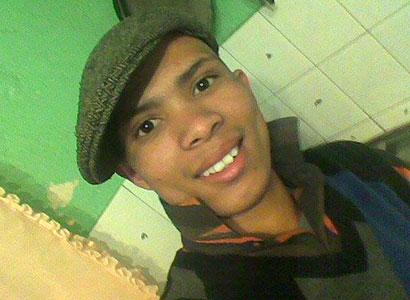 In an unexpected turn, the judge in the Christo Onkers murder trial has stunned the court by admitting that others involved in murdering David Olyne have likely escaped justice.

On Wednesday, Judge Desai sentenced Onkers in the Western Cape High Court in Ceres to 17 years in jail, but remarkably refused to close the case.

Onkers was found guilty in January of killing Olyne in March 2014 in a brutal homophobic attack in which the 22-year old gay man was tied with wire, beaten, kicked and set on fire as a group of youths watched on.

Desai previously concluded that, based on Oncke’s use of the words “Moffie” and “Bunny” while attacking Olyne, the murder was a hate crime fuelled by the victim being gay.

While the sentence was welcomed by Triangle Project, the Witzenburg Rural Development Centre and LGBTI activists in Ceres, there are serious concerns that others involved in the attack have yet to face justice.

In a sentencing hearing on Tuesday, Judge Desai shocked the court when he said for the very first time that he believed that it was highly unlikely that Oncke committed the crime alone.

According to Triangle Project, there was an audible gasp in court, as Desai admitted what activists have long claimed since the start of the more than two-year-long trial.

Desai noted that Oncke had a low intellect, that this was his first violent crime (although he has previous convictions for possession of dagga) and that others were probably involved. “It was unlikely he did this alone,” stated the judge.

“David’s friends left the court in tears after hearing Desai state this so far into the trial that Oncke did not act alone,” commented Triangle.

Eleven individuals were present during the horrific attack and activists firmly believe that at least four of them had an active role in the murder.

Triangle has previously slammed the police’s investigation, accusing the authorities of oversight, a lack of thorough investigation, and of not following up on leads and witnesses it provided.

Further indicating his concerns at a miscarriage of justice, Judge Desai ordered the murder docket to remain open for continuing investigations. 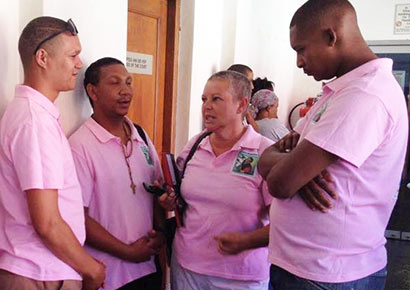 Triangle Project said in a statement that it was encouraged by Desai’s move. “Christo is not innocent, but he was not alone, justice at any cost is not justice at all,” commented the organisation’s Health and Support Services Manager, Sharon Cox.

“Essential work must be done by the SAPS to ensure that everyone involved in the destruction of David’s life is put on trial,” she said. “It is vital that the communities in Ceres and Bella Vista come forward and that the SAPS builds confidence in these areas. Only by working together will justice begin to be done.”

Matthew Clayton, Triangle’s Research, Advocacy and Policy Coordinator, added: “We want to reinforce that David was his own person, he was not Christo Onker’s victim, he was not Triangle Project’s cause and he is not a martyr. David was a young man who loved to dance, to make his friends laugh, who has saving some money at his job. He did not deserve this death and now his memory deserves our respect.”