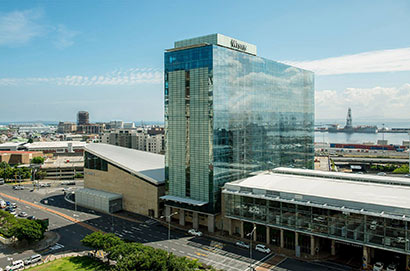 Following a flood of outrage from the LGBTI community, Cape Town’s The Westin hotel has apologised for hosting an international conference of homophobes.

The event for the World Congress of Families, an offshoot of an LGBTI hate group, took place on Saturday at the hotel.

At the conference, delegates from around the world and South Africa declared their commitment to fight marriage equality and same-sex families.

To add insult to injury, the event was held on the date on which International Human Rights Day is celebrated.

Members of the LGBT community lashed out at The Westin on social media for hosting the gathering, some even calling for a boycott.

The hotel’s initial reaction was to remove the comments and to take the review function off its Facebook page.

Responses to individual queries to the hotel group’s international page were met with a message that, “We do not judge the positions of the groups utilising our facilities”. (One individual asked if that meant the hotel would happily host events for neo-Nazis and the Klu Klux Klan.)

Later that day (Wednesday), a formal response and an apology was issued by the hotel’s PR firm which said that the venue’s “acceptance of business does not indicate support, or endorsement of any group or individual”.

Mambaonline understands that the hotel was not aware of the group’s stance or aims when the booking for the anti-gay conference was made.

Delegates at the World Congress of Families anti-gay conference

Said Account Manager Desiree Kriel: “We are proud of our long-standing public commitment to the LGBT community. We strive to be the industry benchmark for diversity and inclusion, providing an environment where all associates, guests, customers, partners and community constituents are invited, embraced, valued and respected.

“We deeply apologise to all who were offended, as we were. The message conveyed by this group is against our values. It is so contrary to our unwavering commitment and track record of inclusion and support of the LGBT community.”

Hendrik Baird, Station Manager for GaySA Radio, which led the campaign against American hate pastor Steven Anderson earlier this year, has called for the hotel to donate the money it received for the event to an LGBTI charity. The request is being considered.