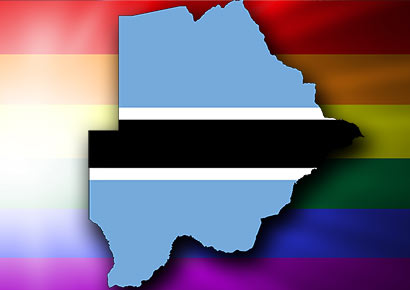 The government of Botswana had agreed to abide by a historic court ruling ordering it to acknowledge a transgender man’s gender identity.

According to the Southern Africa Litigation Centre (SALC), the national registrar confirmed that it will supply the man, identified as ND, with a new identity document that reflects his male gender identity on or before Monday, 18 December 2017.

The news is a significant reversal of the registrar’s position after it earlier indicated that it would appeal the 29 September decision by the High Court of Botswana, which affirmed the applicant’s rights.

“They have subsequently decided they will not appeal,” said SALC Executive Director, Kaajal Ramjathan-Keogh. “So, the high court decision stands,” she told Mambaonline.

ND commented that he was relieved that his years-long legal battle had finally come to an end. “Closure has never felt this sweet,” he said.

“To live years in a mistaken identity is beyond the unthinkable. I am excited to finally move on with my life. I hope that many others in my position would have a similar opportunity to live their life with dignity.”

The court previously issued an order that ND’s name and personal details remain confidential in order to protect his privacy.

“Recognition of the applicant’s gender identity lies at the heart of his fundamental right to dignity,” said Judge Nthomiwa Nthomiwa in his September ruling.

“Gender identity constitutes the core of one’s sense of being and is an integral of a person’s identity. Legal recognition of the applicant’s gender identity is therefore part of the right to dignity and freedom to express himself in a manner he feels …comfortable with.”

The applicant was represented by Tshiamo Rantao and Lesego Nchunga and supported by SALC and the Open Society Initiative of Southern Africa.

The Gaborone High Court is set to hear a similar case on 12 December, when Botswana-born transgender activist Tshepo Ricki Kgositau returns to court in her bid to have the gender marker on her identity document changed.

Ramjathan-Keogh explained that while ND’s case has set precedent on the matter in Botswana, Kgositau is determined to still have her day in court and wishes for her case to proceed.