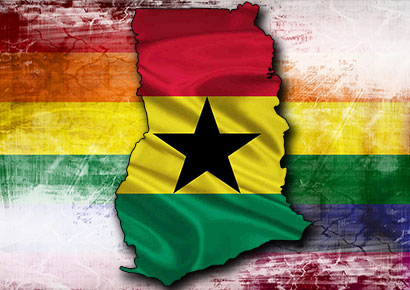 A new report has highlighted the devastating scale of discrimination and abuse experienced by LGBT people in Ghana, both in public and in family settings.

“Having a law on the books that criminalises adult consensual same-sex conduct contributes to a climate in which LGBT people are frequently victims of violence and discrimination,” said Wendy Isaack, LGBT rights researcher at Human Rights Watch.

Human Rights Watch interviewed 114 LGBT people in Accra, Tamale, Kumasi, and Cape Coast in December 2016 and February 2017 for the report. It also interviewed representatives of human rights organisations based in Ghana, a Commission on Human Rights and Administrative Justice (CHRAJ) complaints officer, the assistant police commissioner, and three diplomats in Accra.

Many of those interviewed said that, while the law is rarely, if ever, used to prosecute people, it contributes to a climate in which violence and discrimination against LGBT people is common.

“The government should recognise that we are human beings, with dignity, not treat us as outcasts in our own society,” said a 40-year old lesbian from Cape Coast. “We want to be free, so we can stand tall in public and not deal with obstacles and harassment daily – this will make it easier for us to get an education, learn a trade, get jobs and be useful and productive Ghanaians.”

Human Rights Watch acknowledged that the Ghana Police Service has at times responded appropriately to abuses against LGBT people, for example in cases of false accusation and blackmail of gay men in Tamale. The CHRAJ also has an online system to register allegations of discrimination on the basis of sexual orientation and gender identity, and has processed 36 cases.

In a recent interview with Al Jazeera, President Nana Akufo-Addo furthermore made somewhat conciliatory remarks. When asked why the anti-LGBT law remained on the books, he said he did not believe “a sufficiently strong coalition has emerged which is having that impact on public opinion that will say change it – let’s then have new paradigm in Ghana.” He added: “I think that [decriminalisation] is something that is bound to happen.”

However, in February 2017, Mike Ocquaye, the parliament speaker, referred to homosexuality as an “abomination” and called for stricter laws against same-sex conduct. In July, he equated homosexuality with bestiality. His comments have heightened tensions for LGBT people and contributed to an increase in calls by some opinion leaders, including other members of parliament, to further criminalise same-sex activity, said Human Rights Watch.

The organisation also found that LGBT people have been attacked by mobs or by members of their own families. In August 2015, in Nima, a town in the Accra region, members of Safety Empire, a vigilante group, brutally assaulted a young man they suspected was gay. In May 2016, in a village outside Kumasi in the Ashanti region, the mother of a young woman organised a mob to beat up her daughter and another woman because she suspected they were lesbians and in a same-sex relationship. The two young women were forced to flee the village.

Lesbians, bisexual women and transgender men in particular are frequently victims of family violence, Human Rights Watch found. Lesbians described being threatened, beaten, and driven from their homes after family members learned of their sexual orientation. One woman said that when her family heard that she was associating with LGBT people, they chased her out of the house with a machete. She has not been able to go back home to visit her two-year-old daughter.

LGBT people’s fear that the law could be used against them, combined with social stigma, serves as a barrier to seeking justice, Human Rights Watch found.

It called on the government of Ghana to repeal the specific provision in the Criminal Offences Act that criminalises unnatural carnal knowledge and act swiftly to protect LGBT people from all forms of discrimination, intimidation and violence.

Human Rights Watch pointed out that this law is inconsistent with basic tenets of the Ghanaian Constitution, which guarantees equality before the law, respect for human dignity and the right to privacy.

The group urged the authorities to engage in a constructive dialogue with the LGBT population to better understand its needs – and ensure that the necessary legislative and policy measures are taken to ensure their safety, dignity, and equality.

“LGBT Ghanaians should have the same protection from the government as everyone else,” Isaack said. “And the government should work to address the stigma that subjects people to violence in their own homes, the place where they should feel safest.”