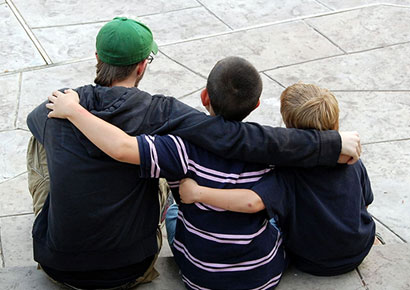 A study has estimated that 77,000 LGBT American youth, currently aged 13 to 17, will undergo dangerous conversion therapy in some form before the age of 18.

According to the Williams Institute at UCLA School of Law, 20,000 will undergo the discredited treatment from a licensed health care professional. Approximately 57,000 youth will receive the treatment from a religious or spiritual adviser.

These are the first estimates of US youth at risk of undergoing conversion therapy before they reach adulthood.

The researchers also found that approximately 698,000 LGBT adults in the US have received conversion therapy at some point in their lives, including about 350,000 who received it as adolescents.

Conversion therapy is treatment intended to change the sexual orientation, gender identity, or gender expression of LGBT people. It is grounded in the belief that being LGBT is abnormal.

“Many professional health associations and the public support ending the use of conversion therapy on LGBT youth,” said Christy Mallory, the state and local policy director at the Williams Institute and lead author of the study. “Our research shows that laws banning conversion therapy could protect tens of thousands of teens from what medical experts say is a harmful and ineffective practice.”

Talk therapy is the most commonly used technique. However, some practitioners have also used “aversion treatments,” such as inducing nausea, vomiting, paralysis or applying electric shocks.

To date, nine US states, the District of Columbia and 32 localities have laws protecting youth under age 18 from receiving conversion therapy from licensed health care providers. According to the study, 6,000 youth ages 13 to 17 would have received conversion therapy before they reached adulthood if their state had not banned the practice.

No US states prevent religious or spiritual advisers from providing conversion therapy as long as they are acting solely in a spiritual capacity.

The practice is also banned in countries including Ecuador and Malta, and until recently in Brazil. In September last year, a federal judge overturned Brazil’s Federal Council of Psychology’s 1999 ban on mental health professionals offering conversion therapy.

In South Africa, the practice has been condemned by The South African Society of Psychiatrists. In 2013, the Psychological Society of South Africa (PsySSA) also adopted a position statement that cautioned against “interventions aimed at changing a person’s sexual orientation or gender expression, such as ‘reparative’ or conversion therapy.”

Nevertheless, it is believed that conversion therapy continues to be offered in South Africa, primarily by religious groups.