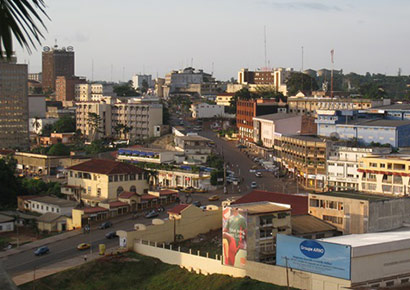 The crackdown took place at the Le Mistral venue just after midnight on Saturday morning in the capital Yaoundé.

According to reports, officers tried to pose as patrons to gain entry into bar. When they were refused, as it had closed for the night, they forced their way in.

One of those arrested told Rights Africa: “We informed them that the tavern was already closed, but they forced the door open. Then they took us [to jail] without any reason.”

The victims were all taken to police headquarters where they were interrogated for the rest of the morning and were detained, allegedly without food and water, for around two days.

It’s claimed that when the parents of some of those arrested went to the police station, they were told that their offspring are homosexuals and “deserve their fate”.

Police Commander Parfait Nana was quoted as saying: “I already can reassure you that several types of violations have been identified, such as lack of a CNI [national identity card], possession of narcotics and homosexuality. Personally, I do not judge anyone and do not condemn anyone on the basis of their sexual orientation. However, Cameroon has laws to enforce. “

It’s now understood that all those detained have been released pending further investigations and possible trials. This is not the first time that Le Mistral has been targeted by the authorities. In 2016, officers raided the premises and arrested all those inside.

Same-sex sexual acts are illegal in Cameroon, with penalties of up to five years in prison. There is no legal basis to arrest people simply because they may be gay or lesbian, although this has not stopped police from doing so.