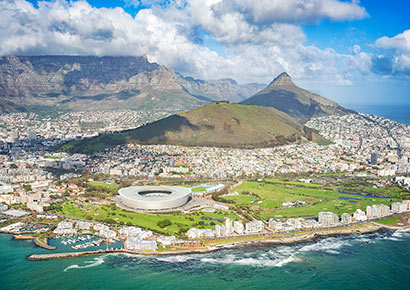 In a shock announcement, Mr Gay World has confirmed that it has been forced to withdraw next year’s event from Hong Kong, the city appointed to host Mr Gay World 2019.

The annual international search for a gay role model had been set to take place in Hong Kong from 28 April to 4 May, 2019.

However, the local hosting company, which is located on the Chinese mainland, has told the organisers that it cannot proceed with the contest due to a clampdown by the Chinese authorities on LGBTQ affirming events and campaigns.

“It is with great disappointment that I’ve been informed that Mr Gay World will not be able to go ahead in Hong Kong due to the struggles that our Chinese colleagues and their families are facing in their homeland,” commented Eric Butter, President and Founder of Mr Gay World. “The safety of our delegates and their families is of utmost importance,” he said.

The current Mr Gay World, Jordan Bruno from Australia, who won the 2018 title in Knysna, South Africa in May, expressed his dismay at the news. “I’m disappointed in the Chinese authorities for being unwilling to celebrate and uphold LGBTQ equality, but their stance demonstrates why Mr Gay World is still such a relevant and important competition,” he said.

The good news is that Mr Gay World 2019 will still go ahead, and on the same dates as before. “There is always a silver lining,” said Butter. “I’m pleased that we will once again work with South Africa and their supporting LGBTQ community. This time we are going to Cape Town!”

Alan Ford Productions, Gerrit Prinsloo Productions and Gay World Events have stepped in and joined forces to organise and host Mr Gay World in Cape Town from 28 April to 4 May 2019. South Africa has previously successfully hosted the event three times; in Johannesburg and in Knysna.

Igor Scheurkogel, Chairperson of the Board of Directors at Mr Gay World, noted that 2019 is the 50th anniversary of the historic Stonewall Riots in New York City. These demonstrations, which saw members of the LGBTQ community rise up against ongoing police abuse, are seen as the start of the modern LGBTQ rights movement.

“In light of the Stonewall anniversary, Mr Gay World has a unique opportunity to highlight the homophobic response by the Chinese authorities as another clear sign that LGBTQ people remain under pressure in many parts of the world,” he said.

Scheurkogel explained that as South Africa is still the only country in Africa that offers its LGBTQ citizens marriage equality and specified constitutional protections, it is an ideal option to replace Hong Kong as the 2019 host.

Bruno agrees: “I’m really looking forward to returning to South Africa. The spirit and inclusion of the country is strongly reflected in the values of Mr Gay World, and I can’t help but feel it is the perfect country to once again host the competition.”

While homosexuality is legal in China, the country is increasingly restricting LGBTQ expression and representation. This has included banning homosexuality from television and blocking gay-themed films. There are also claims that Chinese clinics and hospitals continue to offer dangerous and discredited gay ‘conversion therapies’.

A recent report found that the authorities in charge of the registration of NGOs tend “to deny registration of LGBTI NGOs due to ‘ethical concerns’.” Børge Bakken, a criminologist at the Australian National University, told AFP in June: “President Xi Jinping’s regime is very nervous about everything. So they are cracking down on LGBT events, not particularly because these people are gay, but because they see their organising as a potential threat.”