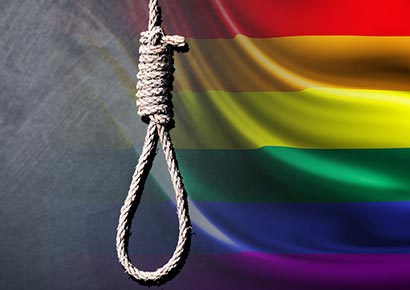 A local community in Iran has thanked the judiciary for hanging a 31-year-old man who was found guilty of violating the country’s anti-gay laws.

The Iranian Students’ News Agency (ISNA) reported that the unnamed man was publicly hanged on 10 January in the city of Kazeroon. Under the Islamic Punishment Code in Iran, homosexuality can be punished with death.

In addition to being charged with having sexual intercourse with another male, the individual was also found guilty of kidnapping two 15-year-old boys.

It is not clear if the sex charges were related to the boys as it is almost impossible for journalists and human rights activists to confirm details about court cases in Iran.

“After the sentence was executed, the citizens of Kazeroon expressed satisfaction and thanked the judiciary,” said ISNA.

According to a 2008 report, activists believe that between “4,000 and 6,000 gay men and lesbians have been executed in Iran for crimes related to their sexual preference” since the Islamic Revolution in 1979.

There have also been numerous incidents over the years in which teenage boys have been hanged for having sex with other teen boys.

If the intercourse is deemed non-consensual, the “active” partner receives the death penalty but the “passive” partner is exempted from punishment and treated as a victim.

Alireza Nader, CEO of Washington, DC-based advocacy organisation New Iran, told The Jerusalem Post that, “The LGBT community in Iran has lived in terror for the last 40 years,” and said that the country’s “regime is one of the top executioner of gays in the world.”