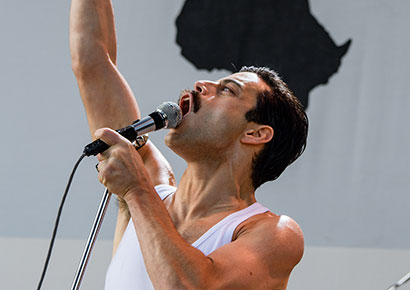 On Sunday, Malek won Best Actor at the Academy Awards for his acclaimed portrayal of the queer music legend in the film.

During his acceptance speech, he said: “We made a film about a gay man, an immigrant, who lived his life just unapologetically himself.”

The BBC reports that when Chinese broadcaster Mango TV translated the speech, it replaced the words “gay man” with “special group.”

Last year, Mango TV also censored the Eurovision Song Contest when it removed Ryan O’Shaughnessy’s performance of the song Together, because it included two male dancers portraying a gay couple.

Malek’s “mistranslation” came under fire by social media users in China who slammed the broadcaster. “Even the word ‘gay’ can’t appear on our screens, this is so sad,” said one person.

Meanwhile, The Hollywood Reporter has revealed that Bohemian Rhapsody has been approved for screening in China next month, but with some major restrictions.

The Queen and Freddie Mercury biopic will only be released in arthouse cinemas and will have at least one minute cut out, including scenes showing drug use and “several intimate kisses between Malek’s Mercury and other male characters.”

While homosexuality is legal in China, the country is increasingly restricting LGBTQ expression and representation. This has included banning homosexuality from television and blocking gay-themed films. There are also claims that Chinese clinics and hospitals continue to offer dangerous and discredited gay ‘conversion therapies’.

In August last year, the organisers of Mr Gay World announced they’d been forced to withdraw the 2019 contest from Hong Kong, due to a clampdown by the Chinese authorities on LGBTQ affirming events and campaigns.