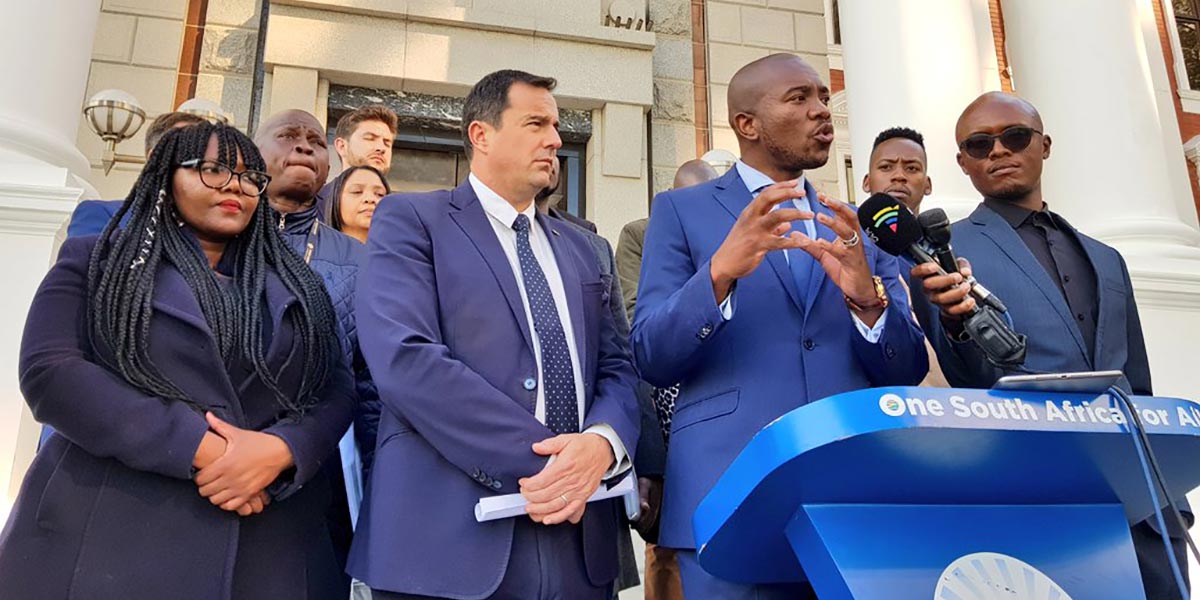 The Democratic Alliance (DA) has confirmed that Ghaleb Cachalia’s recent homophobic tweet about gay author and broadcaster Eusebius McKaiser is among those that it will investigate.

Tweeting about McKaiser, Cachalia described him as “a woman scorned,” perpetuating the homophobic trope that gay men are or want to be women and, some argued, also trading on misogynistic stereotypes about women.

Despite a flood of criticism on Twitter, Cachalia refused to apologise and complained about political correctness and identity politics.

McKaiser wrote for Africa is a Country that “the notion that I am a woman, or like a woman does not in itself offend me” and that this “comparison with women isn’t a problem.” But what is “problematic”, he continued, “is the purpose of the slur in terms of its socio-linguistic and political history.”

McKaiser called Cachalia a homophobic bully and questioned why the DA, which paints itself as LGBTQ affirming, had refused to speak out about the incident.

In turn, Cachalia responded that he “meant no ill nor harm in employing the phrase.” He accused McKaiser of double standards in that he often “heard gay friends (and even, McKaiser) refer to one another as she, a queen, a drama queen and the like…”

Cachalia added: “Anyone who knows me will be aware of my track record that stands up for gay rights and that condemns the actions of countries that have abhorrent laws discriminating against LGBQTI people across the globe…”

On Monday, however, DA chief whip Steenhuisen told journalists that Cachalia’s tweet, along with another by MP Michael Cardo concerning mental health issues, would be addressed as possible contraventions of the party’s social media policy.

i have it on reliable authority that he applied to be a DA MP. Nothing quite like a woman scorned…