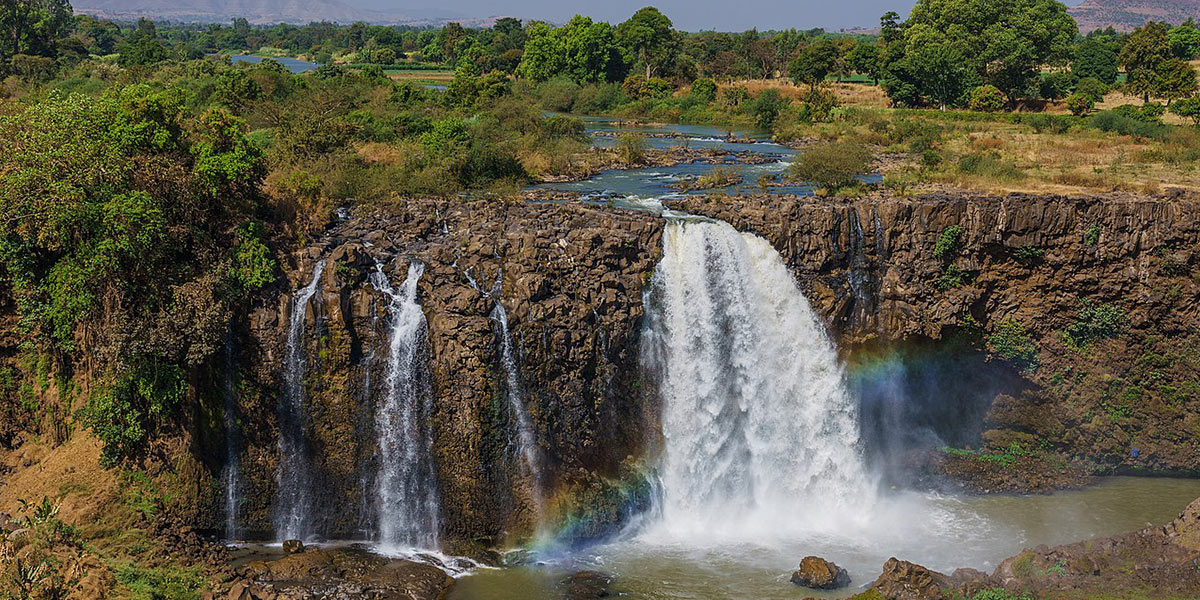 The Blue Nile Falls in Ethiopia.

An American LGBTQ travel company has admitted defeat after receiving extreme death threats ahead of a gay tour of Ethiopia in October.

Toto Tours, from Chicago, came under fire from politicians and religious leaders last month after it started promoting a 16-day ‘Treasures Of Ethiopia’ package.

Despite the potential that the tourists could face violence, Dan Ware, the president of Toto Tours, was initially defiant and insisted the trip would go ahead “with only the greatest respect and humility.”

Following nationwide protests and major religious organisations, as well as the mayor of Addis Ababa, condemning the trip, on June 10 Ware, wrote to the Ministry of Culture and Tourism and the Prime Minister asking for their support. Neither has answered.

He has now conceded that the venture may be too dangerous to go through with. “It seems that most of the country has risen up against us,” he said in a statement.

Ware revealed that he’d received an avalanche of hate mail and death threats describing “a menu of gruesome ways any gay person would be killed if he or she dared to set foot on Ethiopian soil.”

He told NBC Chicago: “We had descriptions of [bring] buried alive, burned alive; I had an ISIS-type video with a guy with a mask on his head, brandishing his sword saying we are going to cut your throat. It was not something to ignore.”

In a statement, Ware wrote: “It is a sad day when people are prevented from meeting and getting to know each other by an irrational hatred that runs counter to the teachings of the very religion they purportedly uphold.”

He considers the connections he’s made with gay Ethiopians in the past month a “silver lining” to the hate he’s faced. One particularly touching appeal asked him “…to please speak on behalf of us. First, tell them so many Ethiopians throughout the country are living this life
secretly. … Sadly, tell them we are dying for lack of appropriate healthcare services. Many in our community are committing suicide because of discrimination, stress, hate speech, loneliness, etc.”

Ware commented that the cancellation was one of the most upsetting moments in his company’s almost 30-year travel history but still hopes someday to travel to Ethiopia. “May we recognise our common humanity, and that we have nothing to fear from each other,” he said.

Both male and female homosexuality is illegal in Ethiopia and those found ‘guilty’ face between 7 to 15 years in prison. According to the 2007 Pew Global Attitudes Project, 97% of Ethiopians believe that homosexuality is not acceptable. It is said to be among the countries with the highest anti-gay sentiment in the world.