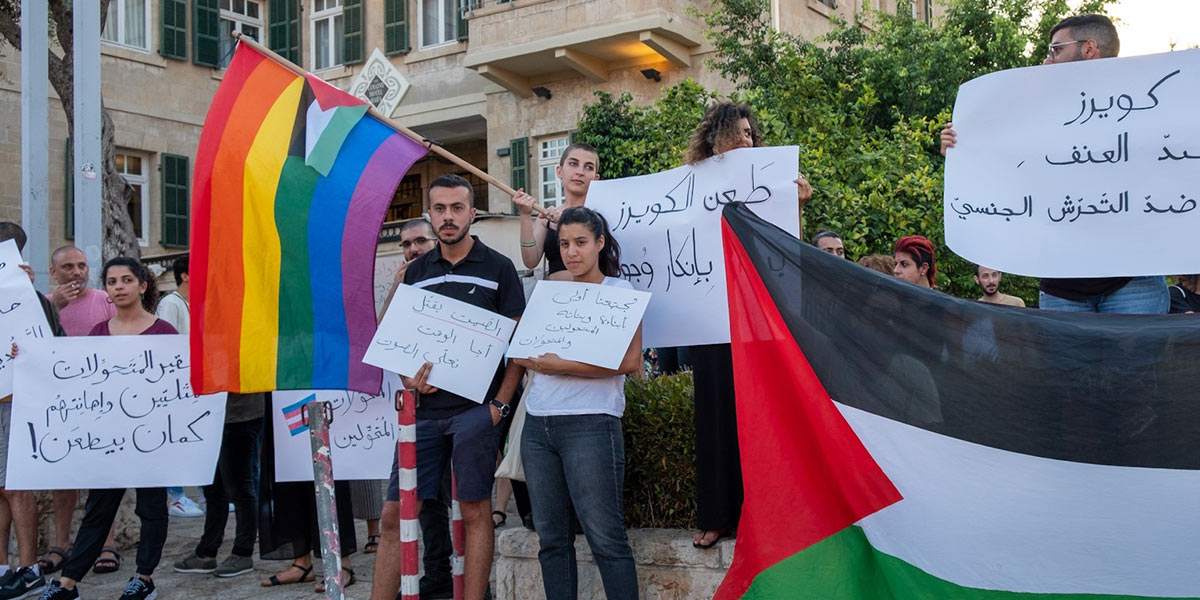 A Palestinian LGBTQ group has been banned by the state’s leaders and warned that its members will be arrested if they continue with their activities.

The group, alQaws for Sexual and Gender Pluralism in Palestinian Society, revealed that it was issued with an official statement on 18 August from the Palestinian Police Force banning its activities.

The statement, it said, also “promotes incitement against alQaws – and LGBTQ Palestinians – by encouraging members of society to report on alQaws activities.”

Luay Zreikat, a spokesperson for the Palestinian Police, told The Jerusalem Post that the organisation’s activities are “harmful to the higher values and ideals of Palestinian society” and aim to “create discord and harm civic peace…”

AlQaws, which has been working to “educate Palestinian society on sexual and gender diversity since 2001”, said the ban followed “an unprecedented attack” against it on social media channels.

AlQaws remains defiant and has insisted that it will continue its work” to fight patriarchy, colonialism and homophobia across historical Palestine.”

It added that, “alQaws and its members and activists are an integral part of Palestinian civil society working both to support LGBTQ groups in Palestinian society, as well as fighting for freedom from Israeli occupation and colonisation.”

AlQaws warned against using the ban to perpetuate “tiresome tropes of presenting Palestinians as inherently oppressive and Israel as a liberal state that protects LGBTQ rights”, arguing that this “is counter-productive and factually baseless.”

The group stated that “our struggle as queer Palestinians is against Israeli colonialism as much as it is against homophobia and patriarchy in Palestine.”

Ahmad Harb, commissioner-general of the Independent Commission for Human Rights in Palestine, slammed the ban and said that it could lead to bloodshed.

“The Palestinian police’s statement regarding the barring of the gathering of ‘gays’ and activists from the al-Qaws organisation and threatening to pursue them and asking citizens to secretly inform on ‘suspects’ is very bad,” Harb commented on Facebook.

“It rises to the level of calling for ‘community violence and inciting a crime.’ Many understood this statement as a call to wastefully spill blood and take the law into one’s hands by implementing killing operations.”

High profile American politician Ilhan Omar, one of two Muslim women in Congress, also spoke out against efforts to restrict alQaws’s activities. “LGBTQ rights are human rights and we should condemn any effort to infringe upon them, she tweeted. “But we should also condemn any effort to equate this with the occupation or use this as a distraction.”