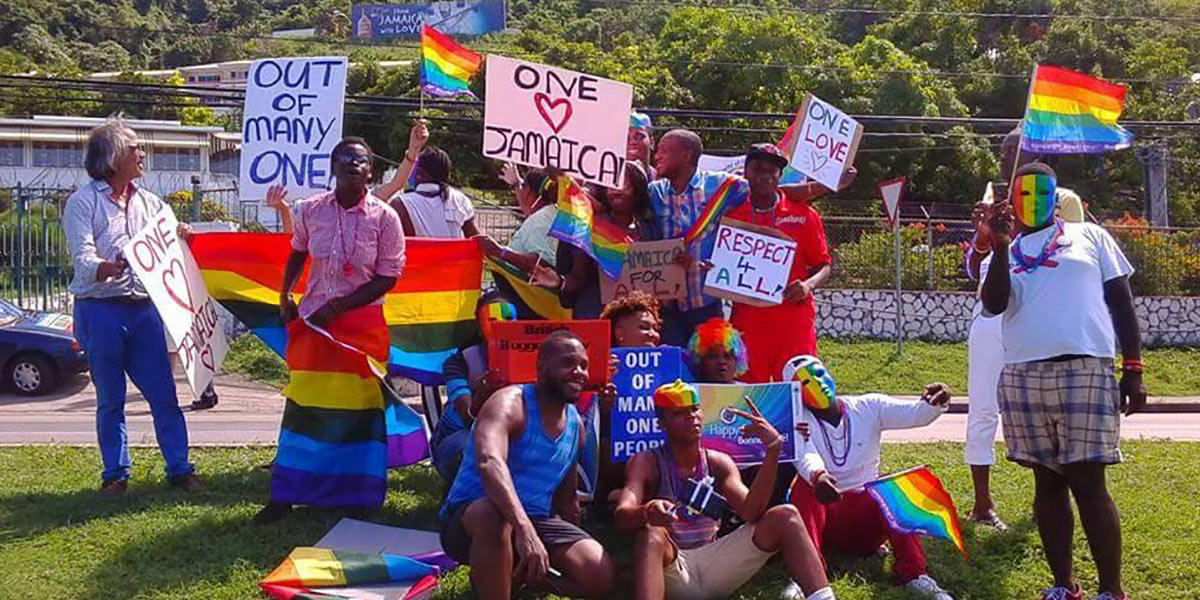 Organisers of Montego Bay Pride in Jamaica have had to cancel the event following opposition from the city’s mayor that’s stirred up dangerous homophobic public sentiment.

“Today the planning committee of Montego Bay Pride has made the difficult and painful decision that because two of our democratically elected officials, Mayor Homer Davis and Councillor Charles Sinclair, don’t feel that we belong in Jamaica and have gone so far as to ban us from using a public space… we cannot safely hold this year’s Montego Bay Pride,” said the organisers.

Earlier this month, Mayor Davis refused to grant permission for the Montego Bay Cultural Centre to be used for Montego Bay Pride events.

“We must not do anything to disturb the sacredness and purpose of why that building is there,” Mayor Davis was quoted by The Gleaner. “People have their rights, and they can do what they want to do, but you must respect other people’s rights, too.”

Councillor Sinclair also slammed the event for wanting to use a government heritage building for a public discussion on whether Jamaica is ready for same-sex marriage.

“We, as a government agency, must ensure that we uphold the Constitution of Jamaica, and in upholding the Constitution, why would we engage a building controlled by the municipal corporation to be used to hold a function to promote same-sex marriage? It is not consistent with the mandate that we have,” Sinclair said.

The Pride committee said that as a result of the inflammatory statements by the mayor and the councillor they cannot find any venues willing to host the Pride.

“Venues have even cancelled on us. And the local police have advised that the hysteria whipped up against LGBT Jamaicans by the mayor and the councillor is so violent right now that the police can’t provide security for our Walk for Rights without extraordinary measures and expense,” said the Pride committee.

They added that “We are taxpaying citizens who are not asking for anything more than just to be allowed to be.”

The fifth annual Montego Bay Pride was scheduled to take place from 13 to 20 October under the theme of “Let Love LIVE”. Around 3,000 locals and international visitors were expected to take part.

The organisers said that while religious extremists may celebrate news of the cancellation, they should also consider the damage caused to the Caribbean island nation’s reputation and economy.

“They have confirmed what many in the world have long said about our country: Jamaica is indeed dangerously violent and homophobic and LGBT tourists and their allies should think twice about supporting an economy that publicly discriminates against LGBT people in 2019.

“Despite what Tourism Minister Bartlett has said on the world stage, Jamaica is NOT a safe place for LGBT people. Not by a long shot. And the actions of our politicians, like Mayor Davis and Councillor Sinclair, contribute directly to that insecurity,” said the committee.

Montego Bay Pride, which first took place in 2015. now intends to pursue legal action for the breaches of its constitutional rights, including the rights to freedom of expression as well as assembly and association.

Jamaica has long had a reputation of being one of the world’s most homophobic countries and those found guilty of gay sex can be jailed for up to ten years.