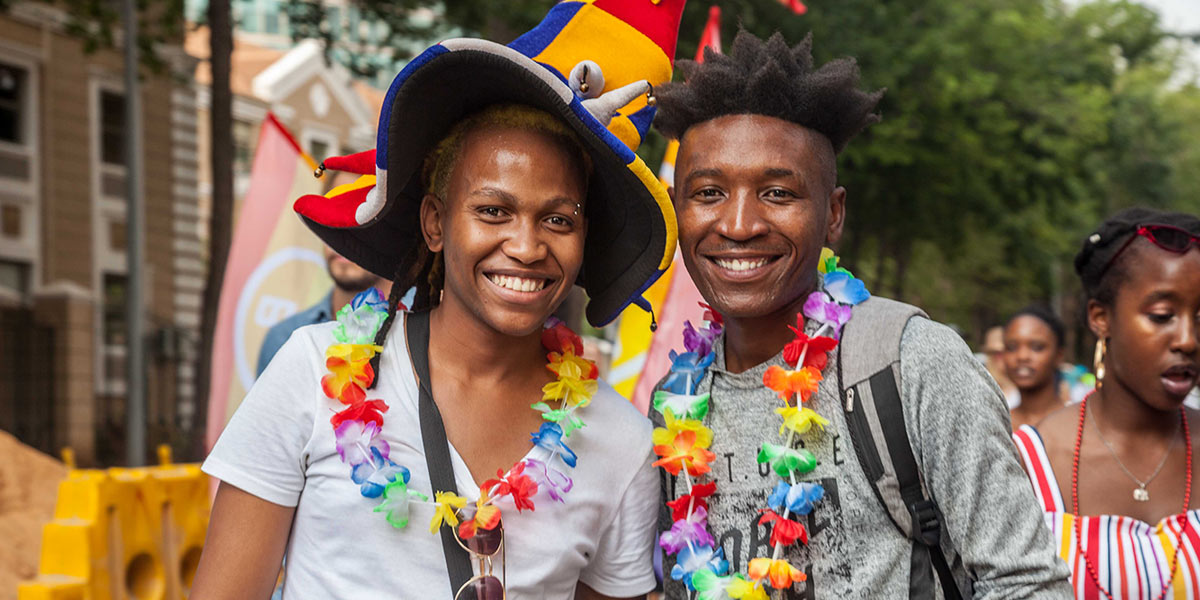 Thousands of people participated in the annual Johannesburg Pride celebrations on Saturday, while one of the event’s founders hosted a separate commemoration of Africa’s first Pride march, held in 1990.

Revellers braved the heat to gather on a sizzling Riviona Road in Johannesburg in Sandton, the country’s economic hub, outside one of the city’s biggest malls.

A section of the road, normally filled with cars, was closed off, with dozens of stalls, food sellers, bars and a stage. Several organisations provided sexual health services to the revellers while performers and DJs entertained the crowd.

In line with its location, the event was marked by strong corporate and business support, from the likes of Google, Nike, Vodacom, Mercedes-Benz and the Sandton City Shopping Centre, among others. 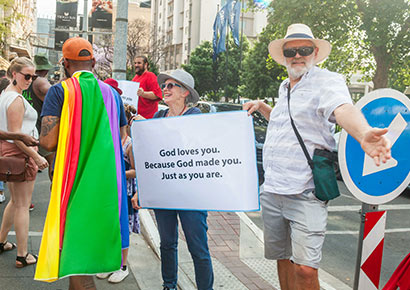 Threats of substantial rain failed to materialise and the crowd was instead treated fittingly to a rainbow in the sky amid the celebration.

The parade, described as one of the largest in years, kicked off at 14.30 and saw participants, including families with children, taking a stand for LGBTQ equality and the freedom to express their sexual and gender identity.

A small group of Christians, led by the Melrose Methodist Church, held up signs affirming LGBTQ inclusion and apologising for “the way the church has treated LGBTQI people.”

At one point the hashtag #JoburgPirde2019 was trending on Twitter, and the celebration carried on after sunset with music and socialising.

In nearby Rosebank, one of Johannesburg Pride’s co-founders, Bev Ditsie, hosted a far more intimate get-together at Zoo Lake.

The filmmaker and activist has been a vocal critic of Johannesburg Pride organisers over the past twenty years. She recently posted a widely circulated open letter, accusing the event of losing its political and inclusive ethos, becoming commercialised and catering to mainly white middle-class suburbanites.

Nevertheless, she did not call for a boycott of Johannesburg Pride and wished everyone well, however they chose to celebrate. 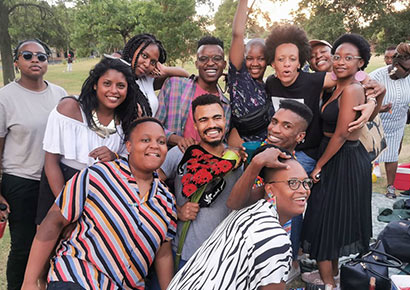 Ditsie said that this year she would mark the occasion of Pride’s 30th anniversary by “hanging out at Zoo Lake on Saturday, chilling and reminiscing with friends,” and welcomed others to come along.

She was joined by around 50 supporters and the group spent the afternoon picnicking together in celebration.

“Thanks to everyone who came out to chill with us,” said Ditsie on Facebook. “Hope that everyone had a beautiful day, wherever you were. Zoo Lake was so much fun [and] everyone said we should do it again and plan it better. I agree.”

A host of Pride after-parties, some ‘official’ and others not, were held across the city into the early hours of the morning.