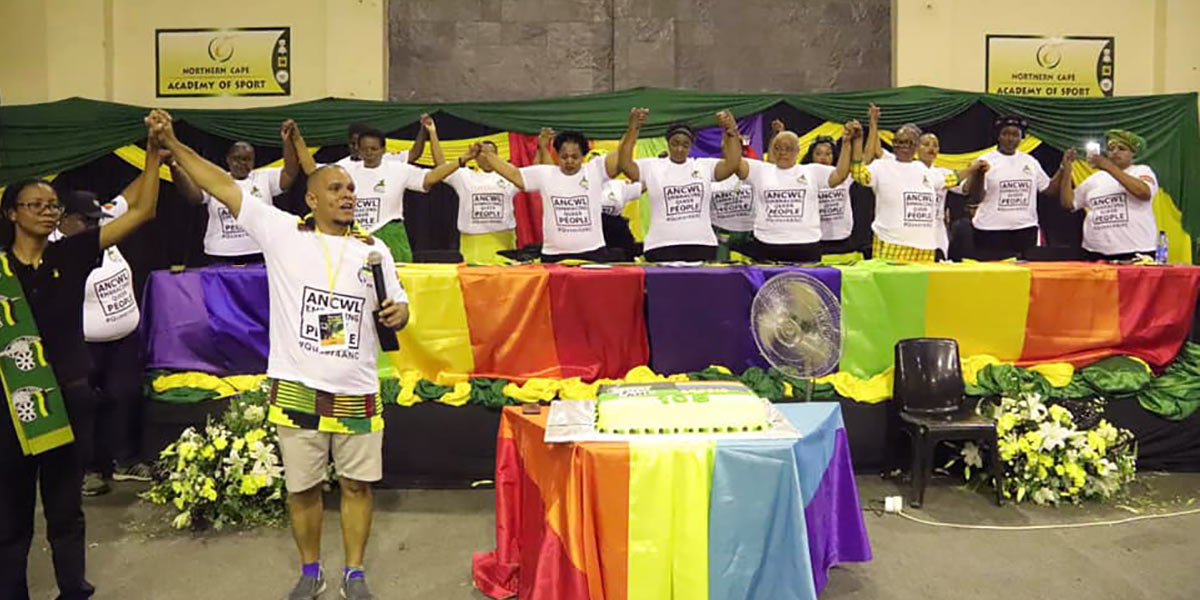 The ANC Women’s League (ANCWL) has created a new structure to champion the needs and rights of the LGBTIQ community but membership is limited to women.

The organisation launched the LGBTIQ Desk in Kimberley on Friday as the party celebrated its 108th birthday. The event included speeches and the cutting of a cake with the rainbow flag.

In a statement, the desk said it will serve “as a space for members of the LGBTIQ community to freely express themselves and influence the movement in its articulation of policies and conference resolutions.”

The desk is a subcommittee of the ANCWL and will be run according to the league’s constitution and conference resolutions. Spokesperson Mpho Buntse confirmed to MambaOnline that the desk is primarily an internal ANC structure.

Its mandate is to “agitate and ensure that programmes around political and socio-economic development of its sector are addressed to the fullest.”

The league’s Secretary-General, Meokgo Matuba, told Independent Media that “The desk will also advocate for safety and security of the LGBTQ sector and how cases pertaining to LGBTQ’s are handled by the police.”

In 2015, the 12th national conference of the ANCWL resolved to open its membership to transgender women.

“This resolution was passed in recognition of the intersections of sex and gender in a heteronormative patriarchal society and the oppression faced by all those who identified themselves as women,” said the LGBTIQ desk.

As the LGBTIQ Desk will be under the ANCWL it “will not open its membership to those who self-identify as men within the LGBTIQ spectrum.” 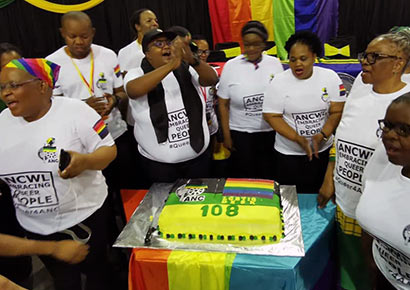 It, however, urged those who self-identify as men “to join the African National Congress and agitate for a progressive and intersectional movement through the ANCWL LGBTIQ Desk.”

ANCWL President Bathabile Dlamini told MSN that not everyone in the party had recognised the need for an LGBTIQ Desk. “They did not want to discuss the matter. That’s why we had to step back,” she said.

In 2017, the ANC Johannesburg Region said it had agreed to start the party’s very first LGBTIQ Desk to represent the interests of LGBTIQ members. It remains unclear if the desk was ever set up.