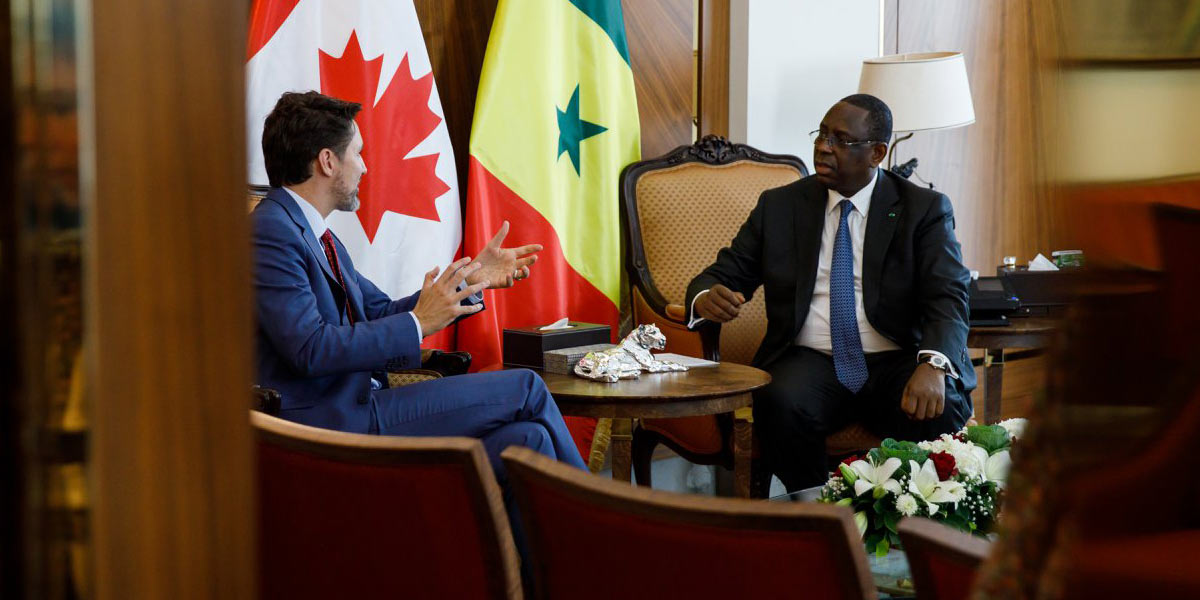 Canadian Prime Minister Justin Trudeau has challenged the President of Senegal, Macky Sall, on his country’s continued criminalisation of homosexuality.

Trudeau told journalists at a news conference in Dakar on Wednesday that he brought up the topic with Sall during his visit to the West African nation.

“We’ve talked about it, and we know that Senegal is a leader in terms of democracy and in terms of values. But we all have work to do,” Trudeau said.

Sall, however, rejected the appeal for his nation to live up to its human rights obligations, asserting that his country was not yet ready to change its oppressive anti-LGBTQ law.

“We cannot ask Senegal to legalise homosexuality and organise tomorrow’s Gay Pride,” he said, possibly taking a dig at Trudeau’s participation in Pride marches in Canada. “It is not possible. Our society does not accept it.” Sall added that “Society will change, it will take the time it takes.”

In the meantime, as Senegal’s government drags its heels on the issue, LGBTQ people face from one to five years in jail as well as fines if found guilty of an “improper or unnatural act with a person of the same sex.”

In 2013, Sall was also challenged about his country’s stance on LGBTQ rights during a visit by then US President, Barack Obama. Sall at the time said that Senegal’s traditions and cultural values had to be respected and also argued that his country needed time to evolve on the matter.

In October 2018, it was reported that a man was sentenced to 6 months’ imprisonment on homosexuality charges because he appeared in a video having sex with another man that was secretly filmed and posted on social media without his consent.

A 2016 survey found that Senegal was the continent’s most homophobic nation, with 97% of people interviewed saying that they would not be comfortable having homosexual neighbours.

Twenty-eight out of 49 African countries currently have laws in place that prohibit homosexuality or repress LGBTQ people.