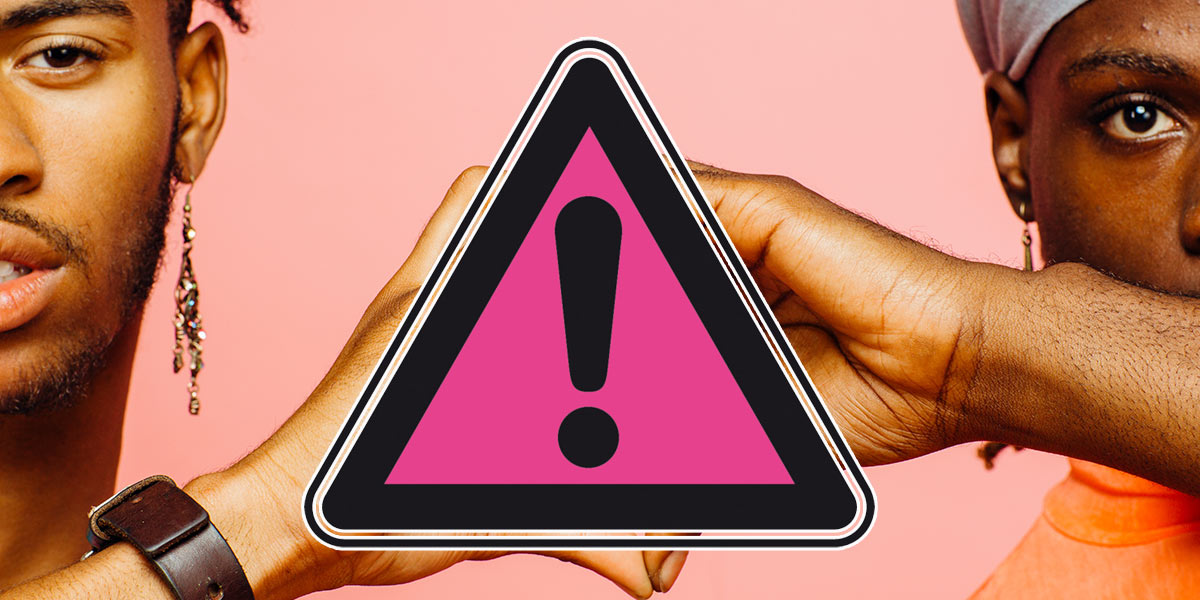 Although the reality of homophobia had existed for thousands of years before, the word was first coined by psychologist George Weinberg, after recalling an incident where some of his colleagues asked him to disinvite a friend he was bringing to a party, because she was a lesbian.

Weinberg remembered sensing dislike from his colleagues upon learning of his friend’s sexual orientation, but there was something more, something stronger – he sensed a fear that was strong enough to be as irrational as some phobias are.

Weinberg explored the concept of homophobia at length in his 1972 book, Society and the Healthy Homosexual, but the first time the word “homophobia” appeared in print would be in a pornographic magazine aimed at offering “Jerk-Off Entertainment for Men” in 1969 – in their column in Screw, gay activists Jack Nichols and Lige Clarke wrote about straight men’s fear that others might perceive them to be gay.

While the term – along with other similar ones like biphobia (an aversion for bisexual people) and transphobia (an aversion for transgender people) – has been hotly contested, with many activists now claiming there is a significant difference between having an irrational fear of snakes, and being disgusted by gay people, Weinberg explained why he chose to equate the extreme averse feelings of homophobes to something they were afraid of.

Speaking to another professor of psychology at the University of California in 1998, Weinberg said, “I coined the word homophobia to mean it was a phobia about homosexuals. It was a fear of homosexuals which seemed to be associated with a fear of contagion, a fear of reducing the things one fought for – home and family. It was a religious fear, and it had led to great brutality, as fear always does.”

The reasons for homophobia

Indeed, many people who hold homophobic views do point to the religious basis of their beliefs (especially if they hold one of the Abrahamic faiths, where homosexual behaviour is regarded as sinful in some religious texts), while others may claim that homosexuality fundamentally threatens the survival of traditional family structures.

A multi-study empirical report by evolutionary psychologist Gordon Gallup postulated that “[s]o-called homophobic reactions should be proportional to the extent to which the homosexual [is] in a position that might provide extended contact with children and/or would allow the person to influence a child’s emerging sexuality”, suggesting that the homophobia of parents may be equivalent to how much of an influence they believe a gay person may have on the sexual orientation of their own children.

The study found that only the homophobic men showed signs of arousal when viewing content of a homosexual nature. According to the authors, their study suggests that “homophobia is apparently associated with homosexual arousal that the homophobic individual is either unaware of or denies”.

The consequences of homophobia

Whatever the reason for a person’s homophobia, there’s no doubt that this aversion or irrational fear of homosexual, bisexual and transgender individuals has real-world consequences. In the United States, the FBI’s 2010 hate crime statistics revealed that almost 20% of hate crimes across the US “were motivated by a sexual orientation bias”. In our own country, corrective rape is a constant threat to some groups of lesbians, and hate crimes towards gay people are nothing new.

In 2012, Dr George Weinberg responded to a column written by the Associated Press’s deputy standards editor, David Minthorn, in which Minthorn defended the AP’s decision to discourage the use of the word “homophobia” in its stylebook. “Phobia means irrational, uncontrollable fear, often a form of mental illness. In terms like homophobia, it’s often speculation. The reasons for anti-gay feelings or actions may not be apparent. Specifics are better than vague characterisations of a person’s general feelings about something,” wrote Minthorn.

Weinberg responded in the Huffington Post, writing, “As long as homophobia exists, as long as gay people suffer from homophobic acts, the word will remain crucial to our humanity. Indeed, the next big step should be to add ‘homophobia’ to the official list of mental disorders – not to cleanse the language of it.”

As we mark the International Day Against Homophobia, Transphobia and Biphobia on 17 May 2020, the words of the creator of these terms couldn’t be truer.