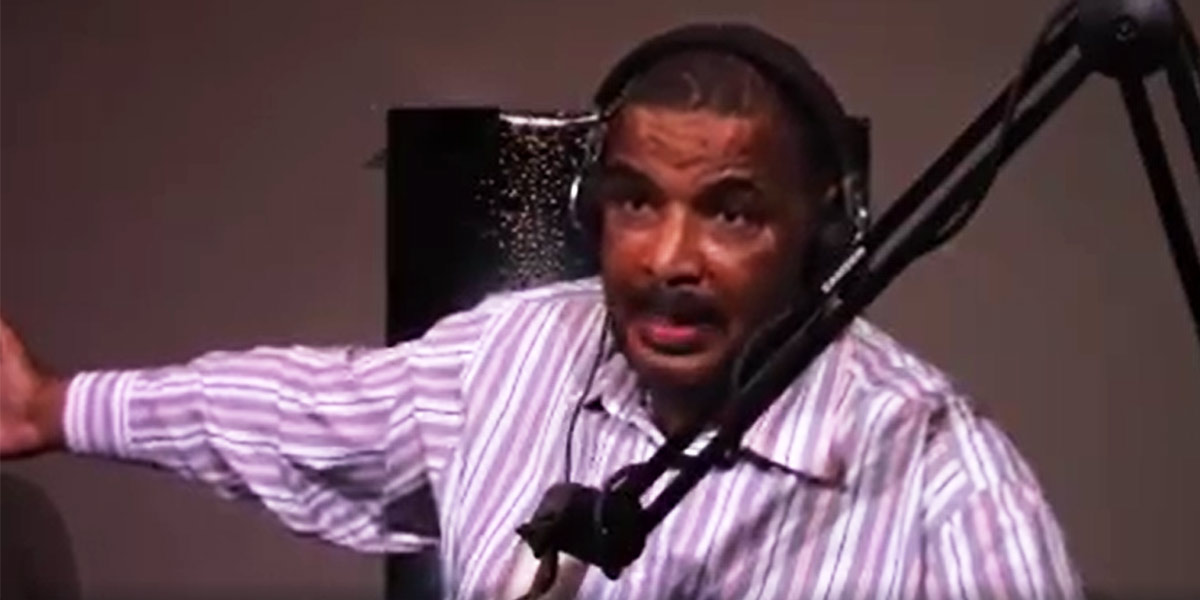 Questions are being asked about the appropriateness of an interview with notorious Christian hate pastor Oscar Bougardt in which he was allowed to again spew appalling vitriol against LGBTIQ people.

Adams, a heterosexual man, at times attempted (weakly) to rebut the Cape Town preacher’s twisted statements but also often laughed and joked along with him.

Bougardt was able to make numerous false, dehumanising and hateful comments without any informed counter-arguments. Just a few of his many homophobic, transphobic and sexist assertions included:

Adams posted along with the interview “I don’t agree with anything here. Just so we’re all clear”, presumably to offer some defence against a possible backlash. But was this enough?

Not according to Roché Kester, Hate Crimes Manager at OUT LGBT Well-being, who believes that Adams was wholly irresponsible. She told MambaOnline that at the very least he should have ensured that a representative from the LGBTIQ community was part of the discussion.

“An opportunity was not given for civil society organisations or NGOs to provide an alternative view to Bougard’s,” said Kester. “This could have been used as a platform to educate, inform and dismantle negative stereotypes about the LGBTIQ community, however, it was a one-sided stance with little intervention from the host.”

Bougardt was found guilty of hate speech by the Western Cape High Court in May 2018 and was given a 30-day jail sentence, suspended for five years. This followed years of abuse on social media and in the press against LGBTIQ people, including calling for their execution and imprisonment.

The defiant cleric has not been deterred by the judgement and continues to make anti-LGBTIQ comments on his Facebook page and in the media. In October 2019, thanks to the SA Human Rights Commission, he was served with court papers for violating the terms of the hate speech conviction, which he is planning to oppose.

“Bougardt dehumanises the LGBTIQ community by using derogatory language and dismissing the validity of the diversity in sexual orientation and gender identities. His words cause harm, not only to his church congregation but to the wider public, perpetuating negative and false information about the LGBTIQ community,” said Kester.

“This kind of hate speech has far-reaching consequences that can include discrimination and violence towards the LGBTIQ community.” She added that Love Not Hate will again take the matter up with the SA Human Rights Commission “to ensure that Bougardt bears the consequences of contravening the court order that prohibits him from relaying more hate speech against the LGBTIQ community.”

It’s not known how often the Cape Flats Talk interview has been viewed on Facebook but it has been shared at least 146 times. MambaOnline was unsuccessful in reaching Fadiel Adams for his comment.