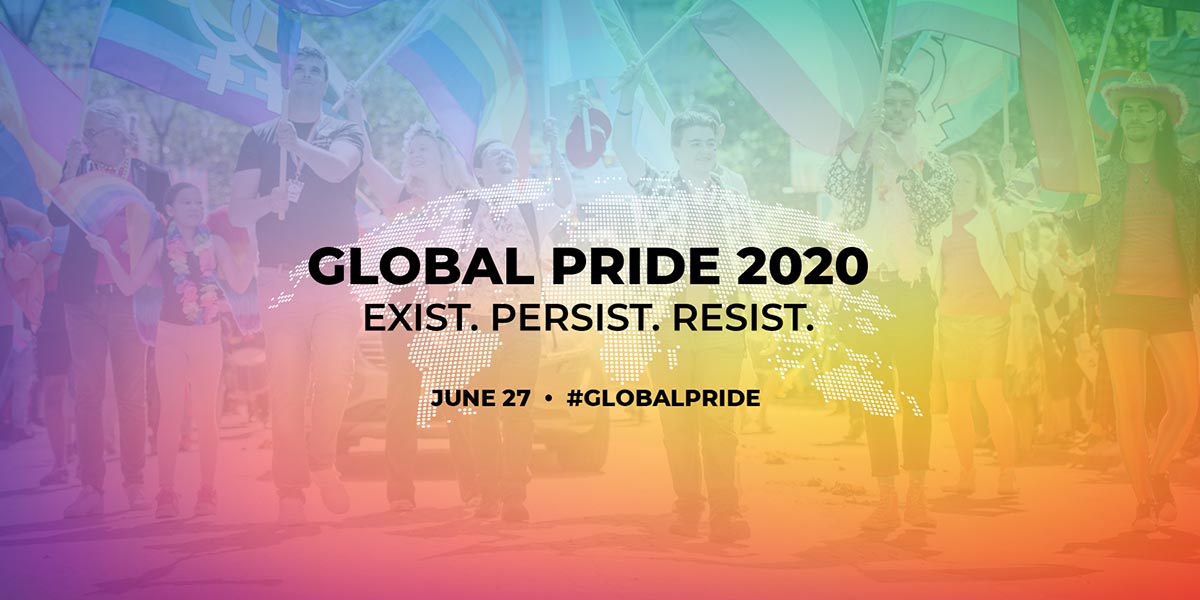 Global Pride, the first 24-hour virtual Pride, will be streamed online this Saturday 27 June, and promises to shine a light on LGBTQIA+ communities from every continent. Organisers say it has the potential to be the largest LGBTQIA+ event ever.

Over 500 Pride and LGBTQIA+ community organisations from 91 countries contributed more than 1,500 films to the Global Pride project, with less than three months to plan, organise and deliver the event. It will include a huge line-up of speakers and performers from around the planet.

The event will also amplify Black voices, in acknowledgement of the international response to the deaths of George Floyd, Tony McCabe and others that has prompted a historic demand for racial justice by working with founders of the Black Lives Matter movement.

“Global Pride is a vision. It is our movement’s response to the COVID-19 crisis.”

Several additions new additions to the lineup that represent just some of the diversity that viewers will see as part of Global Pride include:

Sophia Jimémez, a singer and drag queen from Mexico; Denise Ho, is a Hong Kong-based Cantopop singer and actress, Ahmed Alaa, who was jailed in Egypt after raising a rainbow flag at a concert in Cairo 2017, and Ahmed Umar, a sculptor from Sudan who talks about the fight for LGBTI+ equality in his country where homosexuality can still attract the death penalty.

Contributions come from a number of other countries where LGBTQIA+ people face severe social and legal restrictions, including Iraq, Azerbaijan, Turkey, Syria, Iran, Palestine, Libya, Tunisia, Morocco and Jamaica. More than 20 Prides in India will feature, alongside Trans Pride Pakistan and Nemat Sadat from Afghanistan.

Almost all countries in Asia are included, as well as more than 40 contributions from Africa. Performers from South Africa that will feature in the event include Manila von Teez, Latheem Gabriel, Genevieve le Coq and Monique Marais. The show will also present a surprising contribution from Antarctica.

A relief fund has been established and donations to Global Pride will go towards supporting Prides affected by COVID19, to ensure they can survive this year.

“Global Pride is a vision. It is our movement’s response to the COVID-19 crisis. It began with a few people and grew into this unbelievable event that includes over 500 LGBTQIA+ led organisations from over 80 countries,” said J Andrew Baker of InterPride.

Global Pride will be broadcast on Saturday 27 June from 7:00 (South African time) at www.globalpride2020.org, on Facebook or you can also watch it below. The South African segment will start at around 16;00, SA time.