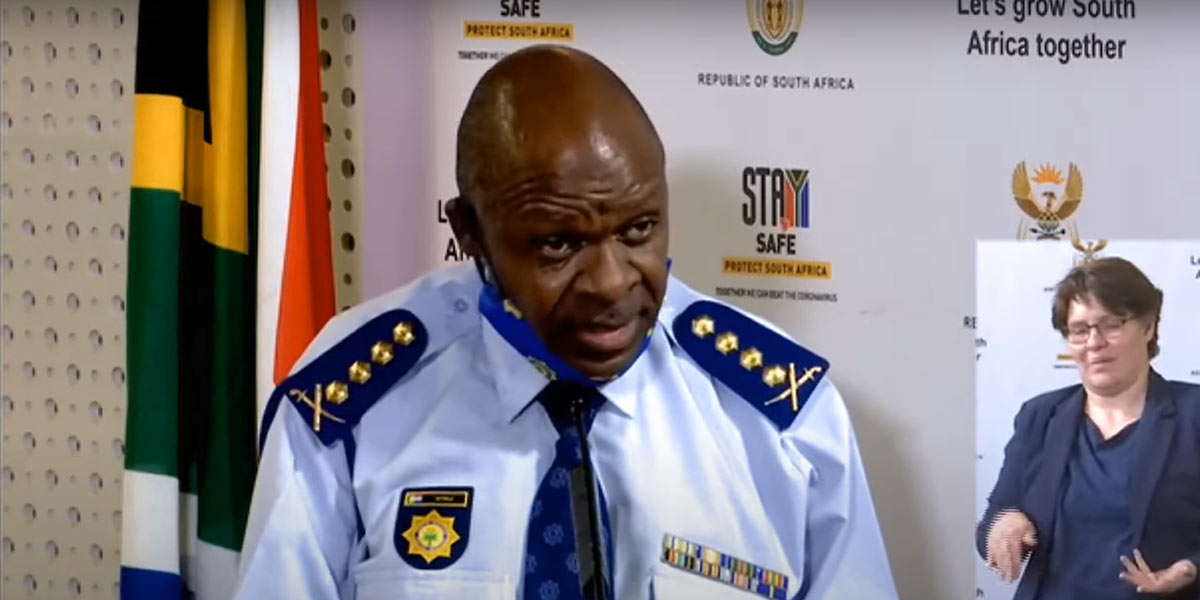 South African Police Commissioner Khehla Sithole has indicated that the SAPS is committed to releasing crime statistics that specify LGBTIQ hate crimes. But are these even being recorded as such?

On Friday, Sithole, alongside other senior officials such as Police Minister Bheki Cele, addressed the media at the release of the quarterly crime statistics.

The statistics related to crimes that occurred from the first of April to the end of June this year. They showed major decreases in crime, including a 35.8% decline in murder, but this is thought to largely be due to the coronavirus lockdown during this period.

At the press briefing, a journalist from Eyewitness News asked the commissioner: “When will the SAPS include a category that specifically deals with hate crimes against homosexual people or the queer community?”

Sithole responded: “I want to indicate that the hate crimes are actually part and parcel of the current scope of responding to crime, but we obviously did not look at a dedicated… approach… so we are taking the comment as an input and will then… make sure that it is part of the deliverable description…”

It’s doubtful, however, if the police could supply this information at this point in time as it’s unclear if hate crimes are documented as such at police stations. It’s important to remember that hate crimes do not currently exist as a specific or recognised category of crime under South African law.

This highlights the importance of expediting the passage of the Prevention and Combating of Hate Crimes and Hate Speech Bill. Once passed, the bill would create the legal definition of hate crimes. It would also compel the authorities to collect and report details about these hate incidents for the “effective monitoring, analysis of trends and interventions and to provide quantitative and qualitative data.”

Roché Kester, the Hate Crimes Manager at OUT LGBT Well-being, welcomed the commissioner’s statement but also had questions about how the police would actually implement this reporting. She agrees that it is nonetheless vital to start doing so.

“It is very necessary for the SAPS to provide these stats to the public so that South Africans come to grips with the extent to which discrimination and violence impact the LGBTIQ community on a daily basis,” Kester told MambaOnline.

“Releasing these stats may also serve as a call to action to the government to provide more effective preventative and combative measures in relation to LGBTIQ hate crimes. These stats would further provide an opportunity for the wider public to act as allies to the LGBTIQ communities by amplifying the necessity for these injustices to cease.”

Kester noted, however, that even if documented and released, the statistics would not be wholly reflective of the scope of hate crimes perpetrated against the LGBTIQ community. “Studies have shown that “underreporting in relation to hate crimes remains a problem in South Africa due to discriminatory practices and secondary victimisation by the SAPS,” she said.

According to Kester, the passage of the hate crimes bill, which had been approved by Cabinet, is being held up in part because of two pending cases that relate to the constitutionality of the definition of hate speech under the Equality Act.

One of these is the decade-long hate speech case against former journalist Qwelane for his now-infamous 2008 homophobic article. That matter is set to be heard by the Constitutional Court after the Supreme Court of Appeal found that the section of the Equality Act under which he was found guilty is unconstitutional.

“The outcome of these cases will have an effect on the precedence that is set in relation to hate speech legislation. Thereafter, the bill will go through the parliamentary processes again as it lapsed in Parliament with the 2018 election. So it may be some time before it will come into effect,” said Kester.