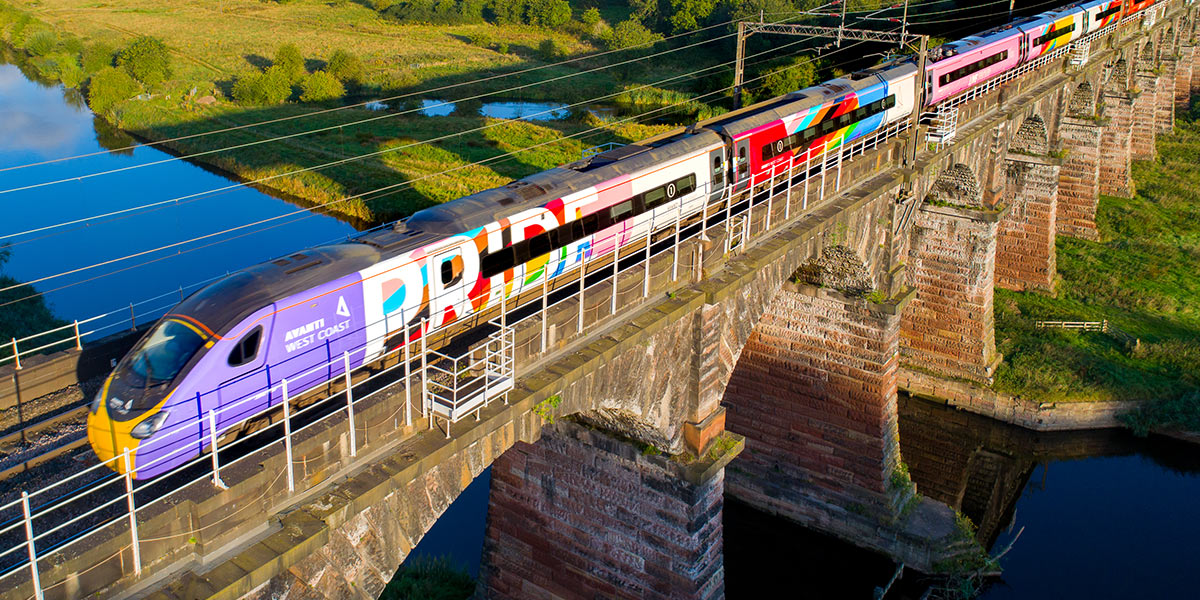 Commuters in the UK can for the first time enjoy travelling in a unique Pride train wrapped in the Pride flag and crewed by all LGBTQ+ staff.

The iconic 265 metres-long Pendolinos train has 11 carriages and is operated by Avanti West Coast.

It is painted with the progressive Pride flag, which includes not only the traditional six-coloured rainbow flag colours, but also black and brown stripes to represent LGBTQ+ communities of colour, and pink, light blue and white, from the transgender Pride flag.

The Pride train was launched on Tuesday and will run all year round “celebrating the diversity of the communities it serves.”

The company says it took the decision to create the train after Covid-19 forced the cancellation of Pride events around the country which it had planned to support.

“This is about being accepted for who I am and representing the LGBTQ+ community we serve across our network,” said Train Manager, Paul Austin. “Being a part of the UK’s first all LGBTQ+ crew is a sign of the steps we’re taking towards a more inclusive, diverse and equal society and I am so proud to be involved today.” 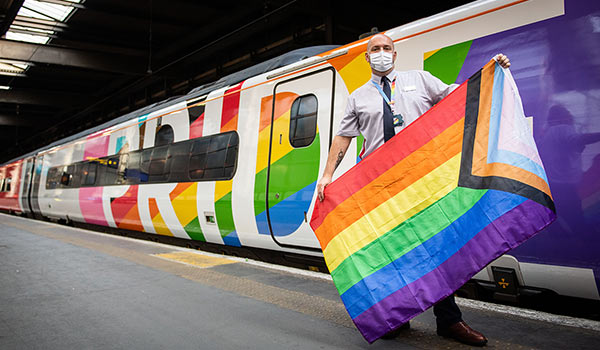 With a strong focus on LGBTQ+ education, the train will be filled with literature, stories and colourful posters and will feature Pride related information and fun facts during the onboard announcements.

“I’m delighted to be launching our new Avanti West Coast Pride Train which represents everyone in the LGBTQ+ community,” said Avanti West Coast Executive Director – Commercial, Sarah Copley. “It is a symbol of our commitment to diversity and inclusion as it travels up and down the West Coast Main Line. We Live Proud 365 days a year, not just today.”

As the livery will become a permanent part of Avanti West Coast’s full fleet, the LGBTQ+ community will also have the opportunity to name the train. A competition will be launched calling for entries to be submitted via its website with the winning name announced in October.