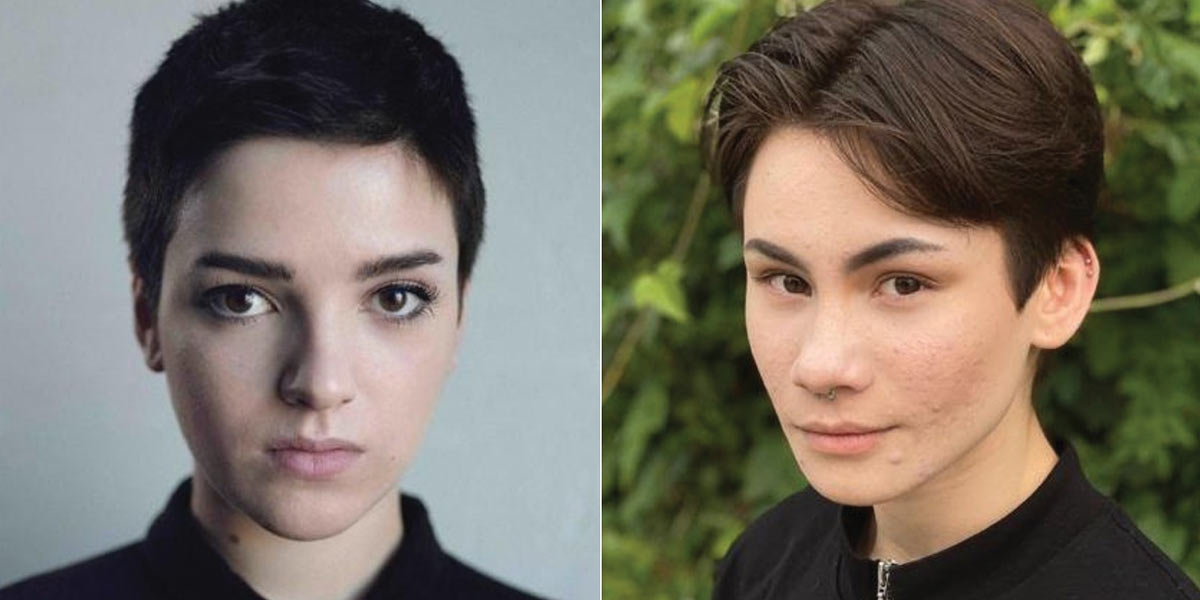 Season three of Star Trek: Discovery is going where no Star Trek has gone before; with the franchise’s first non-binary and transgender characters, in a show that already includes a same-sex couple.

This, said the producers, will further the Star Trek universe’s ongoing commitment to its creator Gene Roddenberry’s “original vision of celebrating diversity and inclusion.”

The non-binary character is called Adira and is described as “highly intelligent with a confidence and self-assurance well beyond their years.”

Adira is played by non-binary actor Blu del Barrio who uses they/them pronouns. Del Barrio, who has been acting since the age of seven, was in their final year of studies at the London Academy of Music and Dramatic Art when they auditioned for the role of Adira.

The first transgender Star Trek character is Gray, said to be “empathetic, warm and eager to fulfil his lifelong dream of being a Trill host, but he will have to adapt when his life takes an unexpected turn.”

Nineteen-year-old Ian Alexander, who uses they/them and he/him pronouns, has taken on the role of Gray. He is best known for their role as Buck Vu on the Netflix series The OA and is the first out transgender Asian-American person to act on television.

Speaking to LGBTQ+ media group GLAAD, Del Barrio said: “I knew I was different at eight years old, but there wasn’t one person who knew how to help me. I was struggling with terrible dysphoria, and every single day I wished someone would understand and help me. No one ever did. That led me to change everything about myself so I could survive, but it would have been so much better if my gender had been affirmed by those around me.”

They added: “We live in a society built around a binary. Everything, and I mean everything, is gendered. It’s either made for men, or made for women. Non-binary is an umbrella term for any identity that does not neatly fit into that binary. Our societal norms surrounding gender have to change. Because non-binary people deserve to live in a world where they fit.”

“Star Trek has always made a mission of giving visibility to underrepresented communities because it believes in showing people that a future without division on the basis of race, gender, gender identity or sexual orientation is entirely within our reach,” commented executive producer Michelle Paradise.

“We take pride in working closely with Blu del Barrio, Ian Alexander and Nick Adams at GLAAD to create the extraordinary characters of Adira and Gray, and bring their stories to life with empathy, understanding, empowerment and joy,” said Paradise.

The third season of Star Trek: Discovery will premiere on 15 October in the US. The first two seasons of the show are available on Netflix in South Africa.