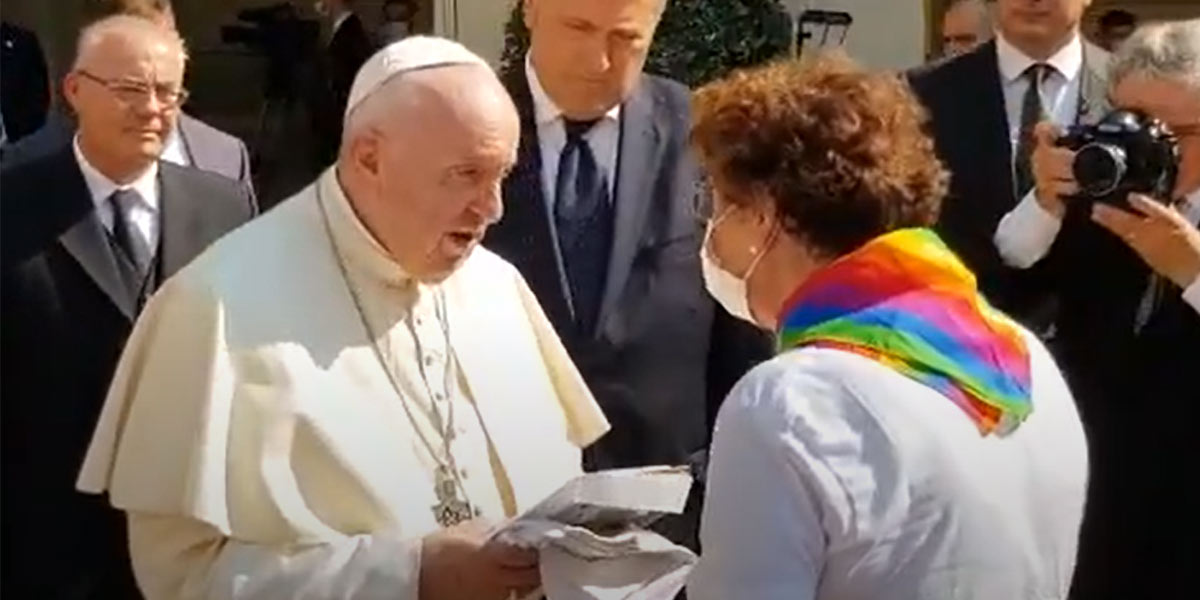 Pope Francis has met with the parents of LGBTQ children and told them that their children are worthy of love from the Church just the way they are.

The group of around 40 Italian parents and LGBTQ children are members of Tenda di Gionata (“Jonathan’s Tent”), an association supporting LGBTQ Christians, their families and pastoral workers.

Mara Grassi, Vice-President of Tenda di Gionata briefly spoke to the Pope in a Vatican courtyard after his public audience on Wednesday.

America reports that she gave the pontiff a booklet titled Lucky Parents, which recounts the experiences of Catholic parents of LGBTQ children.

Grassi told the Pope that her son had left the church because he did not feel welcome because of his sexuality.

The parents also gave the Pope a t-shirt sporting the rainbow colours with a quote from the First Epistle of John that states: “There’s no fear in love.”

Speaking to La Repubblica, Grassi said she told Francis: “We are lucky parents because the discovery of our children’s homosexuality, even if at the beginning destabilising, made us change our gaze and see things we were not able to see. And we were enriched by it. We have discovered that God exceeds rules and norms, his love is all-encompassing towards everyone.”

She added that “For many, faith and homosexuality are contradictory terms. In the minds of many a gay person cannot be a believer. Many LGBT boys and girls show us the opposite.”

While Pope Francis has indicated some willingness to be more accepting of gay individuals he has remained steadfastly opposed to the recognition of transgender people, same-sex families and same-sex marriages, describing these in public statements as threats to the family and humanity.

According to official Catholic dogma, gay sexuality is defined as “acts of grave depravity”, as “intrinsically disordered” and “contrary to the natural law”.