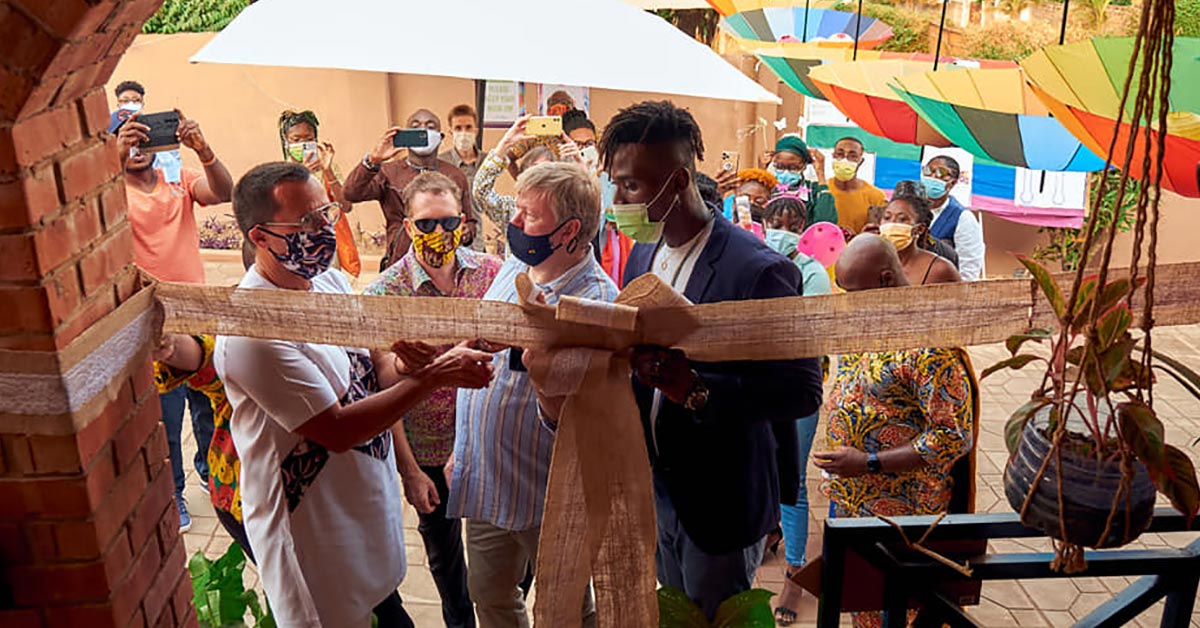 A recently-opened LGBT+ community centre in Ghana has been raided and shut down after coming under a hateful attack from religious leaders.

The much-needed office, safe space and resource centre was launched during a festive and colourful occasion on 31 January in the capital Accra by the group LGBT+ Rights Ghana.

The opening was attended by official representatives from governments including Denmark, Australia and the EU. The location of the centre was not made public to protect “the physical safety of our members,” said the group.

The event was met with a flood of negative media reports that led to a backlash and even death threats against members of the organisation and the LGBT community as whole.

An enraged Moses Foh-Amoaning, the Executive Director of the National Coalition for Proper Human Sexual Rights and Family Values, called on the government to shut down the centre and arrest and prosecute those involved in it.

He accused foreign governments, like the EU, of attempting to impose “Western” values on the country. “The practice of homosexuality is deadly, and the potential to spread sexually transmitted infections. The EU cannot force Ghanaians to tolerate homosexuals,” he said.

“In Ghana, we will not kill or harm you if you are gay or lesbian, but we will not also allow you to operate and demand your rights,” Foh-Amoaning added.

He was officially backed by the Catholic Chruch in Ghana which applauded his “crusade” against the LGBT community. “We, the Catholic Bishops of Ghana, write to condemn all those who support the practice of homosexuality in Ghana,” said the Ghana Catholic Bishops’ Conference (GCBC) in a statement.

“We do this because the Roman Catholic Church is opposed to this abominable practice,” asserted the bishops, despite Pope Francis recently calling for the recognition of same-sex relationships.

Alex Kofi Donkor, Director of LGBT+ Rights Ghana, told the Thomson Reuters Foundation that, “We expected some homophobic organisations would use the opportunity to exploit the situation and stoke tension against the community, but the anti-gay hateful reaction has been unprecedented.”

On Wednesday, after receiving threats from traditional leaders to burn down the centre, the organisation confirmed that it had been raided and shut down by security forces.

“At this moment, we no longer have access to our safe space and our safety is being threatened. We call on all human rights organizations, and allies to speak out against this attack,” LGBT+ Rights Ghana said on social media.

It later called on queer Ghanaians to stay calm and not panic, adding: “We anticipated this. We will triumph. The police may have raided our office, and closed it down but the real office is in our hearts, and minds.”

A Go Fund Me campaign has been launched to raise funds to support the LGBT community in Ghana.

A couple of weeks ago the EU in Ghana participated in the opening of the new community space of the @LGBTRightsGhana.

Equality, tolerance and respect for each other are core values of the EU. The EU supports civil society organisations promoting #LGBTIQ rights 🇪🇺🏳️‍🌈.#EU4LGBT pic.twitter.com/1BLgnoWDQB