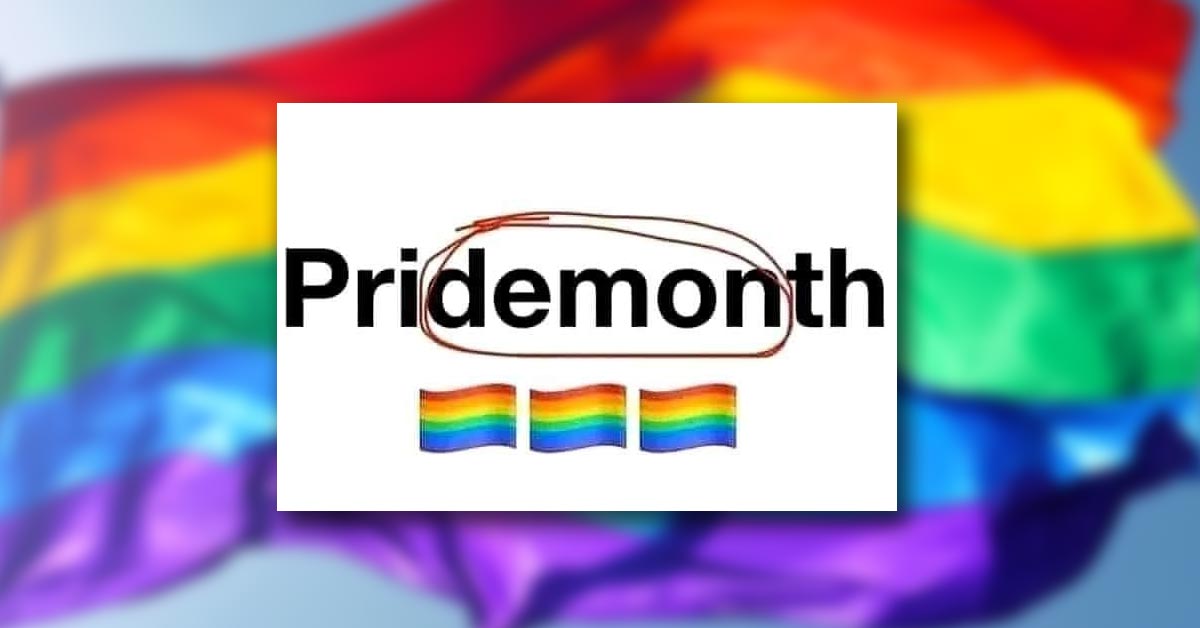 Pride Month commemorations are clearly a trigger for religious bigots in South Africa. A meme suggesting that Pride Month is a demonic celebration has been shared by a longstanding Christian homophobe and allegedly by a youth pastor.

Christiaan Otto, the Johannesburg man who in April 2020 sparked national outrage with his homophobic statements and videos on Facebook, is back at it.

On 15 June, he posted an image of three rainbow flags and the combined words “Pride Month”, with a scrawl highlighting the letters spelling out “demon”. One of his 3,264 followers, Lee E McGee, applauded the statement, writing: “Spot on! It is demonic possession!!”

Michael Mac Olive, thankfully, responded with an LGBTIQ+ affirming message: “Hey! To any queer kids reading this just know that there is a loving safe community that will not judge you based on who you love.”

In addition to other posts condemning homosexuality on his page (an ongoing preoccupation it seems), on 7 June, Otto posted another image with the Pride flag crossed out and the statement: “The Bible’s clear that God opposes Pride. So, no, June is not Pride Month.”

While Otto – who previously denied claims that he had a profile on a gay dating app – was reported to the SA Human Rights Commission (SAHRC) by the DA in 2020 for his comments, it’s not clear if he actually faced any consequences.

In the Western Cape, another veteran homophobe and hatemonger, Pastor Oscar Bougardt, was also compelled to lash out at the LGBTIQ+ community.

“To hell with LGBTIQ Pride month,” he posted on Facebook on 5 June. “I am straight pride, God intended that marriage be between a man and a woman. This is the way God intended it to be, and this is the only way God will bless marriage.” 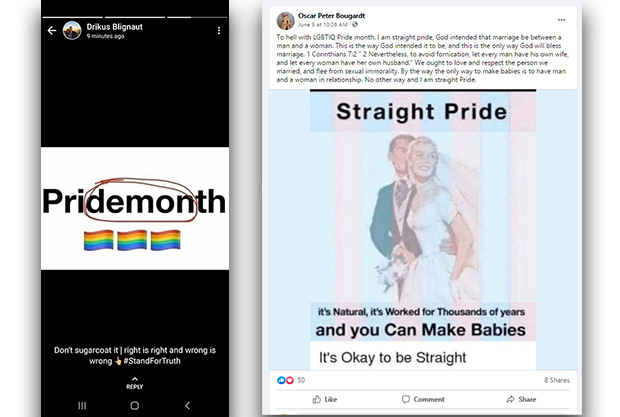 In North West, an allegation has been made that Drikus Blignaut, a youth pastor at His Vision Church in Rustenburg, also shared the “demon” Pride Month image.

A screengrab allegedly of Blignaut’s WhatsApp status post shows the image, along with an emoji pointing to the image, and the statement: “Don’t sugarcoat it. Right is right and wrong is wrong #StandForTruth.”

“The views of religious institutions are respected and we leave them to practice their freedom without hate and discrimination, so why is it that the Pride community must be under constant attack from such hypocrites?” said the author of an email sent to MambaOnline about the screengrab.

“The hate preached by Mr Blignaut must be condemned and withdrawn, he must apologise and face the appropriate disciplinary action by the church’s management,” they added.

MambaOnline was not able to independently confirm that the screengrab was of Blignaut’s WhatsApp profile but reached out to both the pastor and the church via email and telephone.

After three days, we have still not received a response to our email. When we called the church, a representative, who confirmed that she spoke on behalf of His Vision, refused to confirm or deny receipt of the email. She said she’d discuss the issue with Blignaut and would let us know if they wished to respond.

On its website, His Vision Church is described as “a place where people can meet Jesus, engage in life-giving community, and everyone is welcome.” Should the church or Blignaut send a response to MambaOnline we will include it here.

At least 14 known LGBTIQ+ individual have been murdered in South Africa since 12 February this year in a shocking wave of LGBTIQ+ hate. Religious intolerance is often cited as one of the factors fueling LGBTIQ+ violence.