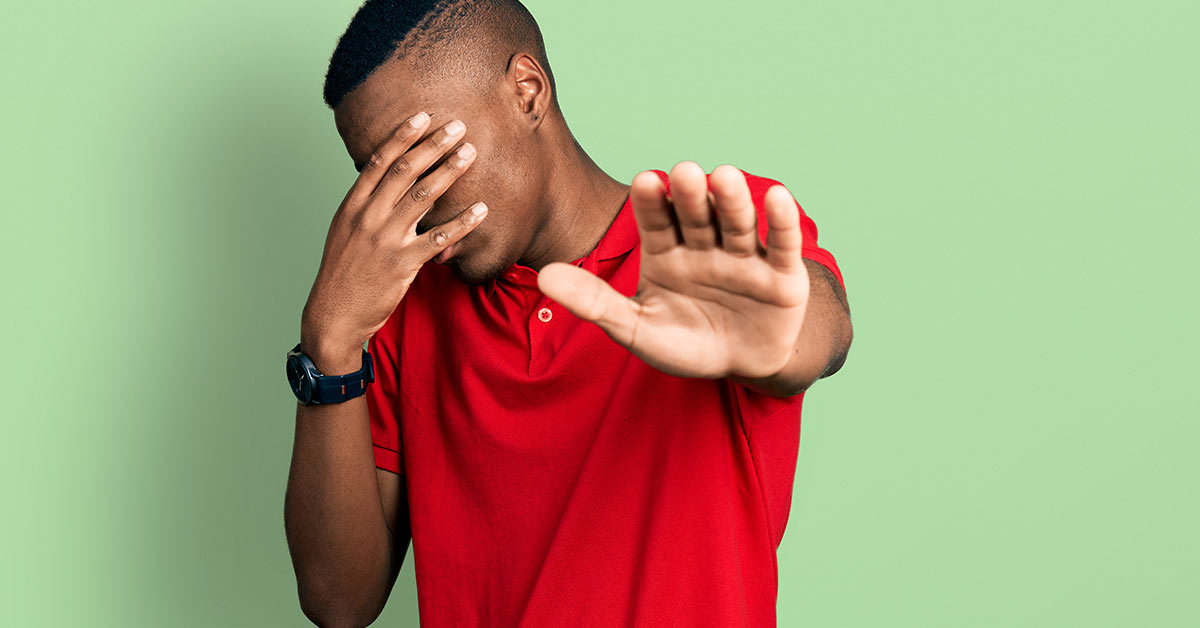 When the annual crime statistics and ensuing analysis are published, we always see the same thing: most instances of abuse and violence are perpetrated by people that are known to the victims.

All too often, people who experience physical and sexual abuse share a household with their abuser. In the first quarter of 2021/2022 alone (the period between 1 April and 30 June this year) more than 15 000 cases of domestic abuse were reported to the police.

Cishetero women are almost always at the forefront of messaging about domestic violence, sexual assault and abuse, and theirs being the face of the issue is a tragic truth that is echoed every time a South African woman experiences violence – which is all the time.

With this being said, intimate partner violence (IPV) is just as systemic among LGBT couples as it is in straight relationships, according to most international and local studies about the subject. A 2014 US study found that the rates of domestic violence among same-sex couples are consistently higher than they are in straight partnerships. Locally, the rates of sexual violence reported by lesbian women and gay men are either equal or higher than those reported by their straight counterparts, while men who have sex with men (MSM) suffer disproportionately high rates of IPV.

When media personality Somizi Mhlongo’s estranged husband Mohale Motaung recently accused him of physical abuse, this much too common but rarely talked about phenomenon again came into the spotlight. Mhlongo has denied the allegations, despite a strong social media reaction; a lot of it in support of Motaung.

Insofar as to why intimate partner violence among same-sex couples is so scarcely addressed in the bigger conversation around domestic violence, there are both historical and psychosocial reasons for the silence, say experts.

Often, what is referred to as the minority stress model comes into play. According to this idea, being part of an oppressed minority leads to additional stress among individuals, which can, in turn, have an influence on their behaviour. Gay people can, for example, experience internal stressors, like internalised negative feelings about their own sexuality, whilst also having to contend with external stressors, such as violence against the LGBTQI+ community, or discrimination.

Because there are these compounded layers of pressure on gay couples to make their relationships work, one partner may assert their dominance over the other in order to perform their gender in a way that fits in with the dominant, heterosexist society. IPV may be a result of warped ideas around feeling safe in a relationship through the action of violence against a partner.

There’s also the widespread perception that IPV can only really happen between opposite-sex couples where the woman is typically seen as the physically weaker and more vulnerable partner. When it’s a same-sex couple, this traditional “power imbalance” dynamic is seen to fall away and there’s less social outrage about IPV between people of the same-sex. Police officers may see it, for example, as “just two guys or two women having a fight”.

Furthermore, gay people who experience IPV have historically been more hesitant to report abuse, for fear of having to also disclose their sexuality to authorities – this is called the “double closet phenomenon”. At the same time, the prevailing stigma about queer relationships has also led to gay people often being discouraged to report abuse, in case it should cast the LGBTQ community in a negative light, and give opponents more reason to think of queer relationships as “sick”.

IPV in the LGBTQI+ community is often hidden, then, due to already existing prejudices against the LGBTQI+ community at large. Even so, IPV in gay relationships is no less abhorrent than it is in heterosexual relationships. Far more research needs to be dedicated to this topic if we are to understand its full extent, but more realistic reporting data is also necessary.

Some key signs of abuse in a relationship are:

Abusive behaviour can take many forms and is just as, if not more prevalent among queer couples than it is in straight relationships. Reporting abuse, or simply sharing your story with someone who can help you to get out of an abusive relationship is an important part of starting a new chapter in your life.

If you need to talk to someone about IPV, feel free to contact the following organisations: