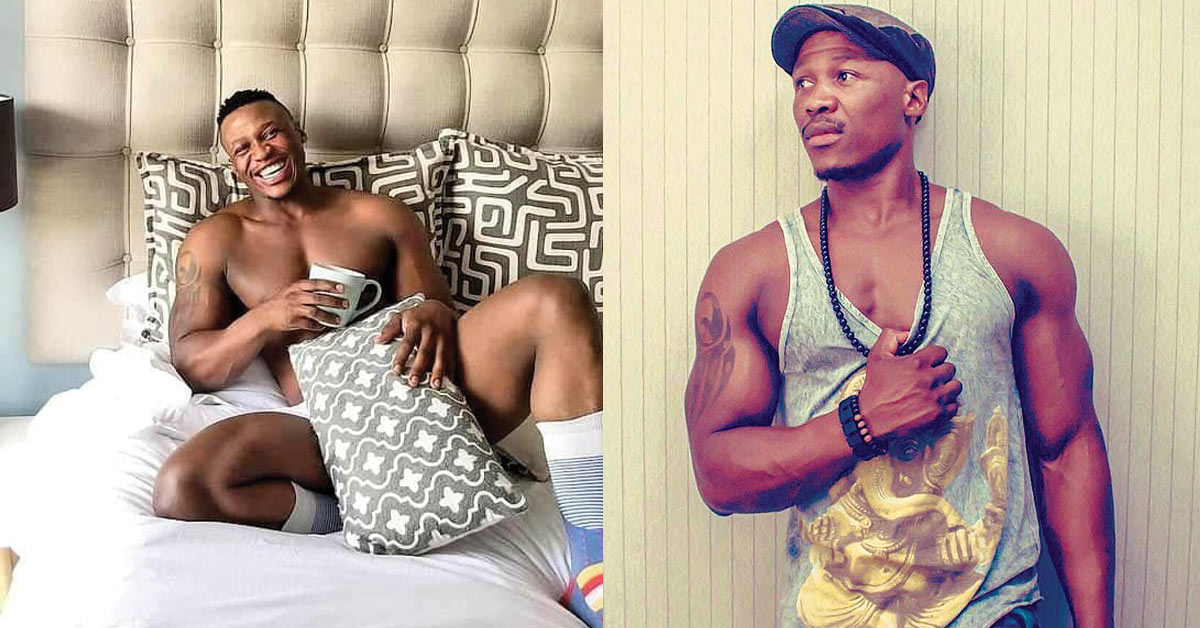 While the 2017 runner-up Karabo Morake represented South Africa at Mr Gay World 2018 due to winner Juan Pinnick being injured, this was a temporary arrangement and Pinnick resumed his reign a few months later.

The 37-year-old Ndima, however, was formally presented with the Mr Gay World South Africa 2021 sash and title at a ceremony in Pretoria on Saturday.

Born and raised in Eshowe in KwaZulu-Natal, and now living between Johannesburg and his hometown, he’s a small business owner, an online video editor and a personal trainer (we could tell by the pictures).

Ndima also holds a certificate in digital marketing. Known to occasionally appear on reality TV shows, like 2017’s Tropika Island of Treasure, he aims to make a difference in the mental health sphere with his Bongs Ndima Foundation.

We, of course, needed to find out much more about this dynamic stunner and role model.

So, who is Bongs Ndima?

A reality TV star, an actor, model and a mental health activist. But all of these are just titles and I believe I am much more than that; I’m a man of substance, I am compassionate, driven and a go-getter.

How do you feel about taking on the Mr Gay World South Africa title?

This is a huge honour for me. I’m ecstatic and I still can’t believe it, but mostly I am deeply humbled. I am not only filling big shoes, but I also believe I’ve just made history too – as the first man of colour to hold the title. That’s a lot to take in!

What, for you, is the significance of a black man finally holding the crown?

It’s ground-breaking but mostly I hope it’s inspirational. I hope that in the future this will encourage more black queer folks to take part, be involved, and have a voice. But mostly to solidify that being gay is not un-African and that it does exist in our culture.

Why has it taken so long to have a Mr Gay World South Africa of colour?

I think it’s a valid question. I believe exposure has been an issue. Not a lot of people know about the competition, especially black gay men. Although, I believe there are a few black faces who entered but didn’t make it to the top. Those who knew probably didn’t want to expose themselves. Most of us grew up under a patriarchal upbringing, which doesn’t allow one to appear ‘weak’ by appearing in a pageant. I’m glad I am here to refute and change that stereotype. I am a black, strong, gay man.

What motivated you to enter Mr Gay World South Africa?

The main reason I entered was to challenge ‘norms’ and the way people perceive gay men in general. I hope I will be an inspiration to all those gay boys out there, that they are also valid and that there’s nothing to be ashamed about when it comes to their sexuality. That they too can walk on the same path that we have paved. 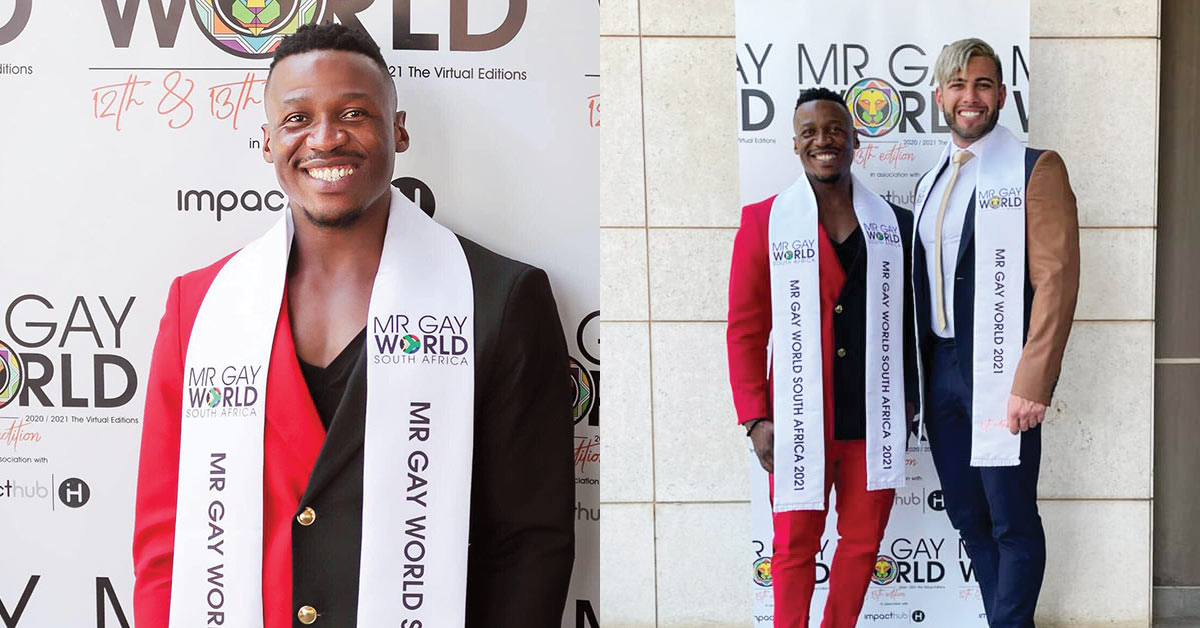 Who has been your own most influential role model?

I think we all have one or more people who inspire us in life. I would say that for me it’s my mom. She singlehandedly moulded me to be who I am today. Seeing her achieve numerous things in life with the little that she had made me want to work hard and be more. And am still working on it.

What would you like to achieve as Mr Gay World South Africa? Are there any issues you plan to focus on?

My focus is men’s mental health, not just for the LGBTQI+ community, but men in general. I believe most of us men don’t know how to share our feelings and to communicate thoroughly. Largely because our patriarchal upbringing didn’t teach us how to love, communicate or to be compassionate. My mission, through the work that I do with my foundation, will be to try and change how men view things like therapy, self-care and mental health as a whole. Some are not even aware they going through the most till it’s too late. South African men are four times more likely to commit suicide than women, and many of those men are gay men.

Do you relate to mental health challenges yourself?

Most of us grow with so much self-hate. I for one didn’t like my teen life as I was constantly teased for being different. Which led me to completely hate that part of me; being gay. For a very long time, I was fighting internal demons: ‘Why me, why this?’ And I know I’m not the only one who went through that. It’s sad, lonely and very confusing and without anyone to guide or understand you, you can lose yourself. My mission will be to use the platform and create a place for gay men, straight men to find someone to talk to, a friend they never had, but mostly to source better help for them through professional assistance.

Tell us briefly about your coming out?

Mine happened back in 2014. The first person I told was my mom, then later my older brother. And they’ve been my pillars of strength ever since. But it wasn’t as easy as that. What people don’t understand is that coming out is not only about you. Whoever you are coming out to, also needs to come out. They need to accept you, walk with you, understand you, then be able to defend you when you are or not around. And for some people this takes a while or just becomes a lot.

What’s your advice for a young queer person who’s thinking of coming out?

Before you come out, read the room, check your surroundings, understand your family. Maybe your aunt might be more understanding than your mom, or your sister… But don’t put your life in danger. We’ve seen a lot of black gay bodies being killed in the past two or three years. Your safety comes first.