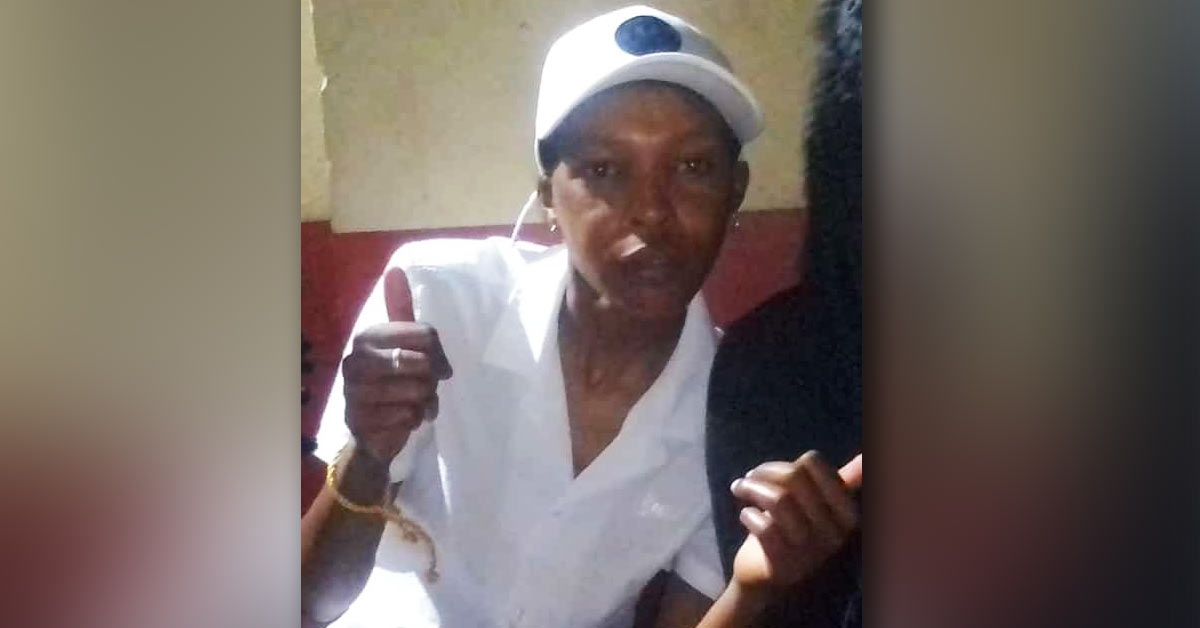 Nontokozo Motloung, a lesbian woman from Tshepong, is thought to have been killed in a hate crime

The mutilated body of a lesbian woman who’d been missing for a week in Vereeniging was found after a desperate search by her family and community.

The Vaal LGBTIQ+ organisation reported to MambaOnline that Nontokozo Caroline Motloung, 27, went missing from the Tshepong informal settlement on Sunday 15 May. She was last seen with a male friend who is being sought by the police.

Nontokozo’s family reported her missing on 18 May at the De Deur Police Station. Officers initially failed to find any sign of her but a police K-9 unit directed the search to her friend’s shack where bloodstains were found.

In a statement, Sedibeng District Commissioner Major General Zodwa Ettie Molefe said that the Tshepong community then embarked on a search for Nontokozo.

Two community members discovered a body and notified Nontokozo’s brother, William Motloung, who was part of the search. “On Saturday, 21 May 2022 [in the morning] Nontokozo’s dead body was found hidden in a bush, not in good condition,” he confirmed.

According to the police statement, Nontokozo’s throat was cut and her hands were broken. The elements and scavengers had also taken their toll on her body.

“It’s alleged that Nontokozo Caroline Motloung was brutally murdered because of her sexuality,” said Vaal LGBTIQ+. Police are still searching for the suspect.

There are plans to hold a memorial service for Nontokozo on Thursday 26 May at Tshepong Playground Phase 2, next to her home at 14:00. Attendees are asked to attend with candles. For more information, contact Nox on 083 332 9992.

Nontokozo Motloung is the fourth known LGBTIQ+ individual to be murdered in a suspected hate crime in South Africa this year. Earlier this month, the naked body of 22-year old Unathi Webber was discovered in Khayelitsha, Cape Town.

Just days earlier, another LGBTIQ+ man, 24-year-old Mfundo Ngobese, was seriously injured in a suspected hate crime attack by a group of men near the Durban City Hall after leaving a gay nightclub. He was hospitalised with injuries including broken teeth and a broken leg.