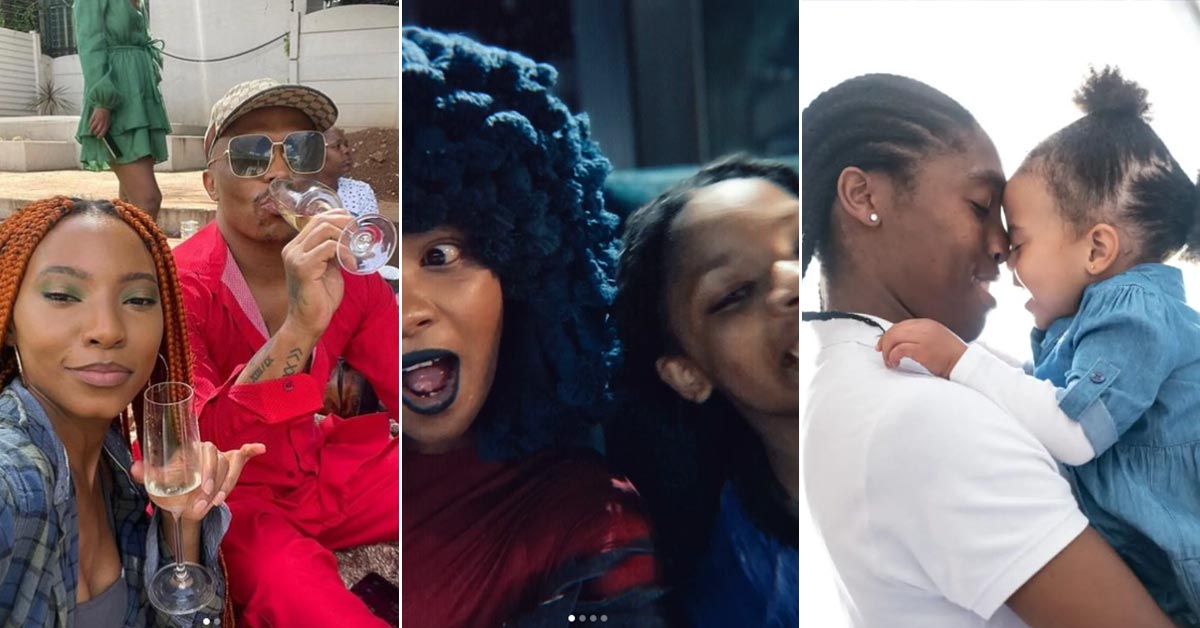 Many among us consider becoming a parent one of their biggest desires in life. For gay people, though, having kids isn’t necessarily as, well, straightforward as it is for the rest of the population.

With that being said, the number of gay parents is steadily growing — also in the sphere of celebrity. With their wide-reaching platforms, these queer celebrity names are torchbearers, shedding light on and drawing the attention to the myriads of rainbow families that exist in South Africa.

The track star and her wife Violet welcomed their first child, Oratile (who already has her own Instagram page!), in 2019, and Semenya announced that they were pregnant with baby number two last year. The athlete welcomed the couple’s second child on her Instagram profile this June, accompanied by a picture of the latest addition to the household with Semenya and her wife’s wedding bands slipped over the little one’s toes.

The queer hit-maker has three children. While the electro-pop-ghetto-funk artist and Queen of Gqom tries to keep her private life out of the public eye, her eldest daughter is taking after her famous mom. Fourteen-year-old Artemis Wafika Twisha is a writer and rapper in her own right, and released her first EP when she was just 10 years old.

The Idols presenter had a daughter with actress Palesa Madisakwane in 1995, before Somizi was as out and proud as he is today. Bahumi Madisakwane has grown up to make her own mark in the entertainment industry, and has starred in the SABC show Keeping Score, in addition to also appearing on her queer celebrity father’s reality show, Living the Dream with Somizi, among others.

Toya Delazy and her wife Alisson Chaig welcomed their first daughter on 20 May. The new mothers were overjoyed at the prospect of becoming parents, with Delazy making a heartfelt post on Instagram to share the news of their pregnancy in February, which read, “I love you my gorgeous Alisson. Doing this with you is one of the most incredible experiences. I couldn’t have chosen a better soul to build umuzi kamama. Here’s to the part called motherhood. Livumile. We’re pregnant, I’m going to be a mommy.”

Former Generations — The Legacy actress Letoya Makhene married businesswoman Lebo Keswa in December 2020. Makhene has three children from a previous marriage, and one more with Tshepo Leeuw, whom she dated prior to her relationship with Keswa.

Wishing you all a beautiful, blessed Sunday from our family to yours ❤️ pic.twitter.com/jJIHnYeakv

Better known as The Good Things Guy, Lindeque is a co-parent to his partner Andrew Ross’s children from a previous marriage. During their participation in the cooking show My Kitchen Rules SA in 2017, Lindeque and Ross said that it was important for them to represent the LGBT community, especially as they are gay dads.