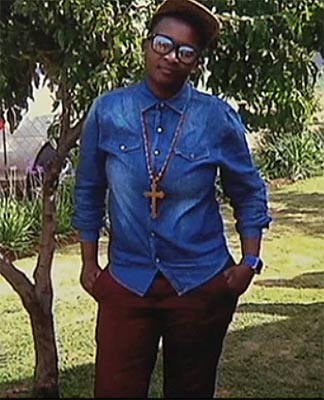 Activists have welcomed the two life terms handed out to the man who brutally murdered Disebo Gift Makau, an openly lesbian woman, in August last year.

The Potchefstroom High Court last week sentenced Stoffel Pule Motlhokwane to life in prison for rape, life for murder, and 15 years for robbery.

Motlhokwane was found guilty of raping and strangling the 24-year-old Makau to death with a wire in Ventersdorp, in the North West province.

Her half naked body was discovered in the Tshing location with a running hose pipe shoved down her throat and into her stomach.

The Commission for Gender Equality (CGE) welcomed the sentences, saying they “will send a strong message to society that LGBTI people are human beings too and cannot be killed or raped at will due to their sexual orientation.”

The Iranti.Org lesbian and transgender visual media group also applauded the sentences, stating that they represented “one of very few cases that have seen justice served” in violent crimes related to gender identity and sexual orientation in South Africa

CGE described Makau’s rape and murder “as gruesome, vicious, cruel, inhumane and merciless. It was humiliating to the deceased to the extreme. It lacked any respect for human life or the female body.”

It called on the authorities to fast track the investigation and prosecution of cases involving LGBTI individuals, pointing out that it had “noted long delays in cases relating to this issue.”

The commission said that during the trial it often had to act as a support structure to Makau’s traumatised family.

The government has been promising to bring a hate crime bill to Parliament for almost two years but has still not announced when this will happen.

In February, civil society organisations, under the umbrella of the Hate Crimes Working Group, reiterated the urgent need for specific laws to address hate crimes in South Africa.

They say that legislation recognising hate crimes as a unique form of crime would not only highlight the social impact of hate crimes but would also allow government and civil society to monitor the frequency and severity of this type of violence.