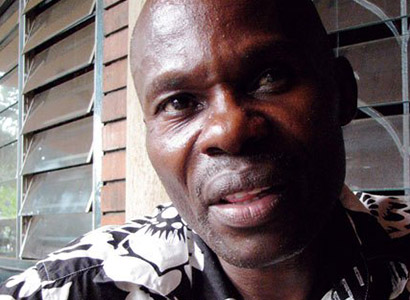 The life of Ugandan LGBTI activist David Kato was honoured around the world yesterday, the fifth anniversary of his murder.

Kato was the advocacy officer for Sexual Minorities Uganda (Smug) and is considered one of the founders of Uganda’s LGBTI human rights movement. He was bludgeoned to death with a hammer in his home on 26 January 2011.

Sidney Nsubuga Enoch was found guilty of the murder and was sentenced to 30 years in jail. It was claimed that the motive was robbery.

In light of a local tabloid newspaper having named a number of gays and lesbians, including Kato, and called for them to be hanged just three months earlier, questions remain about the circumstances of the murder.

“The situation has not changed much but the political climate is somewhat better compared to five years ago,” Frank Mushiga, the Executive Director of Smug, told The Guardian.

“It shifts – one day everything is alright and the next, there are cases of violations, threats by politicians to bring up an anti-gay law and negative media coverage.”

On Tuesday, friends, activists and supporters of the LGBTI community gathered in Kampala for a memorial service to remember Kato’s life and work, reported Erasing 76 Crimes.

“The struggle continues but victory is on the side of the truth,” continued Ssenyonjo. The retired cleric was excommunicated from Uganda’s Anglican Church in 2002 for supporting LGBTI equality.

In a Facebook post, Spectrum Uganda said that while Kato had “departed from our faces and ears, we still celebrate his life and achievements in our daily work.”

The group added: “David is not forgotten but rather within us, his legacy and ambitions were inherited and will forever be.”

In the years following his death, and in part because of it, Uganda became a global focus point for the struggle for LGBTI equality on the continent.

The world was further outraged when lawmakers tried to crack down on the LGBTI community by passing the infamous Anti-Homosexuality Act in 2013. The law was later struck down by the Constitutional Court on a technicality.

Despite the oppressive environment for sexual minorities, LGBTI Ugandans have bravely gone on to host four low-key Pride events since 2012. Tabloids, however, continue to endanger the lives of LGBTI people by outing them in sensational “exposés,” as recently as 2015.

Previous colonial-era legislation criminalising gay sex remains in force in Uganda, allowing the courts to imprison anyone found guilty of homosexuality for life.