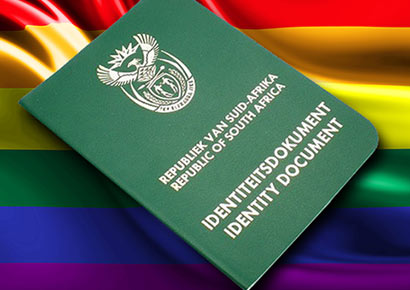 The Western Cape High Court has ordered the Department of Home Affairs to stop forcing transgender spouses to get divorced when they apply to change their sex descriptor.

Last week, the court handed down judgment in a landmark case brought by the Legal Resources Centre (LRC) on behalf of three married transgender women and their spouses affected by the department’s discriminatory red tape.

At issue was Home Affairs’ argument that spouses who are married under the Marriage Act can only be opposite-sex. This is because same-sex couples may only marry through the Civil Union Act in South Africa and not the Marriage Act.

As a result, the department has been making it extremely difficult for spouses married under the Marriage Act to change their sex descriptor as, it claims, this would make it incompatible with their marital status.

The LRC said that in one case, a client’s marriage was deleted from the national population register when they changed their sex descriptor, while the two other clients were advised to get divorced in order to give effect to their gender identity rights.

The court, however, found that marital status is an irrelevant consideration when deciding on an application to alter a person’s sex description. Judge Binns-Ward ruled that the conduct by Home Affairs infringed on the applicants’ rights to administrative justice, equality and human dignity and was inconsistent with the department’s obligations in terms of the Constitution.

Judge Binns-Ward emphasised that the Director General of Home Affairs is authorised and obligated to determine applications submitted in terms of the Alteration of Sex Description Act by any person, irrespective of whether that person’s marriage or civil partnership was solemnised under the Marriage Act or Civil Union Act

The LRC welcomed the court’s decision “to ensure that the Alteration of Sex Description Act, a law that is crucial in realising the right to identity and equality of transgender persons, is implemented in a manner that complies with the Constitution of South Africa”.

It said the ruling was “respectful of the lived realities of transgender persons in South Africa,” adding that “we celebrate our clients’ courage in standing up and fighting for their rights to identity, bodily integrity and equality”.

Despite South Africa’s progressive legislation, Home Affairs officials have been repeatedly accused of refusing to provide equal services to LGBTI people. This includes delaying or refusing identity document changes to transgender people and turning away same-sex couples who wish to marry.

In September last year, a transgender Boksburg man was forced to take Home Affairs to court after a 26-year struggle to get the department to accurately reflect his sex on a new ID document.