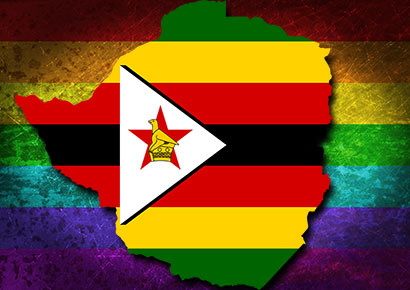 In a significant development, Zimbabwe is set to open five new centres to cater to the health needs of gay, bi and other men who have sex with men (MSM).

The drop-in “Men Health” clinics will be located in Harare, Bulawayo, Gweru, Mutare and Kwekwe, and are backed by the country’s National Aids Council (NAC).

As a result of the criminalisation of homosexuality, and stigma and discrimination fueled by the notoriously homophobic former Mugabe administration, many MSM have traditionally been fearful of seeking sexual health related services in Zimbabwe.

“We are trying to help the minority community so that they can access medical services after realising that they have been discriminated against,” said NAC Monitoring and Evaluation Director, Amon Mpofu, reported New Zimbabwe.

“Here they will be able to discuss their health related issues, peer education and pick condoms among other issues that affect them daily.”

He explained that, “This is part of our programming in the first against the spread of HIV and Aids, as we go towards having a new zero HIV infections.”

Previously, some MSM-specific services were only offered in Harare and Bulawayo by the country’s LGBTQ rights organisation, Galz.

Director Chester Samba said that Galz is working with the NAC in opening three of the new centres. He told Mambaonline that he was “excited at the prospect of expanded reach of services to communities outside of Harare and Bulawayo.”

He commented: “I think primarily it’s about trying to create more safe spaces for MSM, particularly youth where they can access services such as health, legal, information and psychosocial support whilst also connecting with like minded people in a non stigmatising environment.”

While Samba believes that the opening of the centres are a positive move, “more needs to be done to address attitudes and perceptions within institutions such as NAC and the Ministry of Health itself.”

Last month, the country’s Ministry of Health approved a training manual that calls for health practitioners to treat all people, including LGBTQ individuals and sex workers, without discrimination.

It states that: “There is nowhere in policy or law that states that it is illegal to provide healthcare services to members of key population groups, including sex workers, drug users and addicts, transgender people, gays and lesbians.

“This means that it’s every service provider’s duty to provide members of key populations with the same care and treatment that they provide to other patients.”

The developments appear to be part of a slow shift towards greater acceptance of LGBTQ people in Zimbabwe, after the country’s ruler of 37 years, Robert Mugabe, was forced to step down in November.

Last month, in another encouraging move, officials from the governing Zanu-PF party met with Galz about the rights of LGBTIQ people ahead of the elections on 30 July.