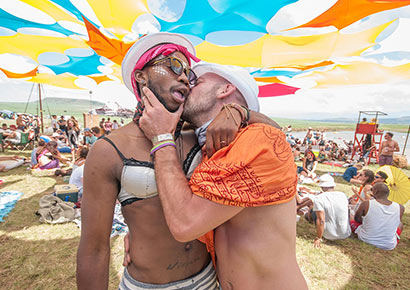 The December festive season is upon us and many are busy making preparations to head back home to spend this time with family.

Unfortunately, not everyone has that privilege, especially members of the LGBTQIA+ community who have either been rejected by their families because of their sexual orientation or gender or fear returning home.

Big cities like Johannesburg and Cape Town are usually pretty quiet and many assume that the fun and support has left town. But fear not, MambaOnline has compiled a listicle of eight things you can get up to make sure you enjoy your festive season.

1. Keep an eye out for queer-friendly Christmas dinners or lunches

For those who stay behind in cities like Johannesburg and Cape Town, people often put out calls on social media accounts that they’re hosting open invitations to Christmas lunches and dinners to members of the LGBQIA+ community.

Wanting to host a queer get together over Christmas eve/Christmas in Cape Town.

Who will be in CPT and would be keen?

If you can, however, host your own lunch or dinner at your place and don’t want to be alone during Christmas, invite other queer people over. You could probably make new friends.

2. Visit the Garden of Lights at Emperor’s Palace

The Garden of lights is a winter-wonder festival hosted annually, running from 30 November 2018 up to 2 January 2019. The festival caters for groups of friends and families treating them to light extravaganzas and snow activities to keep you cooled down in Johannesburg’s hot December. The event is hosted at the picturesque gardens at Emperors Palace’s 5-star D’oreale Grande hotel. Tickets range from R25 per person to R100 for a family or group of five. For more information, visit the website here.

3. Go see the birds at Montecasino

For all the nature lovers out there who feel like the never-ending buildings in Johannesburg can be a bit suffocating and would like to be surrounded by nature’s beautiful birds, visit Montecasino’s Bird Garden. The wildlife and bird park is filled with over 60 species of colourful birds, reptiles and unusual animals from around the world. For more information, check out the website here.

Many of us know that churches can be anti-LGBTQIA+ in their beliefs and sermons, however, for those who would like to spend their Christmas day in church and possibly find a spiritual home in an all-inclusive and pro-LGBQIA+ church, then visit the Holy Trinity Catholic Church in Braamfontein, Johannesburg. The church hosts sermons and even meets to discuss issues that affect our marginalised community. It also serves as a point of referral to different service providers that would be useful to members of the community. For more information, click here.

5. Feel welcome at the Afropunk Festival

For all of those who are referred to as “alternative kids” or kids who don’t “fit” in society, including members of the LGBTQIA+ community, the international Afropunk festival will be making its return to Johannesburg. The event is said to serve as a safe space for LGBTQIA+ people and does not tolerate any sort of phobia towards the community (despite the controversy they caused by booking an accused transphobe to perform at the festival). The two-day event will run from 30 to 31 December 2018 and will be a great place to enter the New Year with fellow queers around you. Tickets are selling out fast, so make sure you purchase one as soon as you can right here.

6. Party at the Pink Tent at Smoking Dragon

The Smoking Dragon festival will be making its three-day annual return this year in the Drankensburg with its Pink Tent LGBTIAQ+ friendly area. The event, held on the edge of the Royal Natal National Park in Kwa Zulu-Natal, will host international and South African acts, including the likes of world class electronic duo Lo-Ghost, Sun Xa Experiment, Kongo Elektro and MiCasa, just to mention a few. The event will also host a number of prominent and upcoming queer acts like MxBlouse and international DJs Chanel Cochrane from the United Kingdom and The General from Australia. You can find more information here. 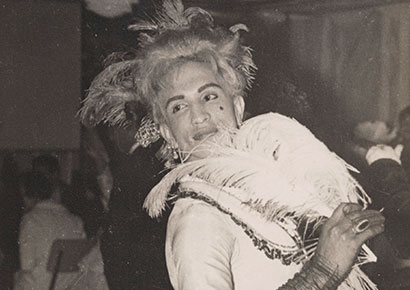 7. Get spiritual with Good Hope MCC in Cape Town

For those who reside or will be spending the festive season in the Mother City and would also like to attend a queer-friendly church, then Good Hope Metropolitan Community Church will welcome you with open arms. The church seeks to spread the love of God in an affirmative and inclusive manner, irrespective of race, gender, sexual orientation, language and culture. Worship services are every Sunday at 18:00 at the Central Methodist Mission, Greenmarket Square, Cape Town. You can find more on the church here.

If you’re in Cape Town, don’t miss this photographic exhibition honouring the life and times of one of District Six’s most fabulous queer residents. Born in 1941, Kewpie was a well-known hairstylist and drag artist who would often perform on stage to packed audiences at District Six’s Ambassador Club. Kewpie also ran Salon Kewpie in Kensington. She passed away in 2012 but her life is seen afresh in the new exhibition. Kewpie: Daughter of District Six, is on at the District Six Museum Homecoming Centre in central Cape Town until 18 January 2019.  Get more info here.