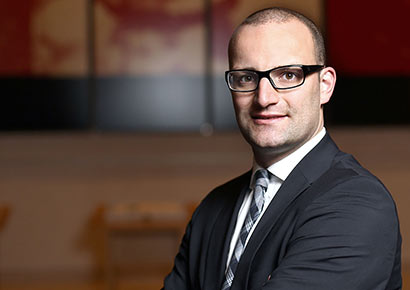 Germany could become the next country to consider banning the practice of so-called conversion therapy, which disturbingly aims to ‘cure’ LGBTQ people.

“Homosexuality is not a disease, which is why it does not need to be treated,” Minister Jens Spahn told Die Tageszeitung newspaper last week.

Spahn, who is an openly gay member of Chancellor Merkel’s Christian Democratic Union party, continued: “I do not believe in these therapies because of my own sexuality.”

He said that he would be engaging with the Minister of Justice, Katarina Barley, to look at passing legislation to outlaw the discredited practice. “The law must be clear enough to make an impact,” Spahn said.

He plans to commission a quick study on how similar bans work in Malta and in regions of the US and Australia. “On this basis, we will then decide what we can implement in Germany,” he explained.

Spahn, who described conversion therapy as “a form of assault,” added that he would like the law to include penalties more severe than just a fine.

Malta is currently the only nation to have a ban on conversion therapy, although it is also illegal when it come to minors in 15 American states, including New York.

In July last year, the British government said that it “will consider all legislative and non-legislative options to prohibit promoting, offering or conducting conversion therapy.”

The World Psychiatric Association and many other mental health bodies, including the Psychological Society of South Africa, have asserted that trying to “cure” or change LGBTQ people’s sexuality or gender identity doesn’t work and is dangerous and unethical. The practice has been linked to suicide among young LGBTQ people.