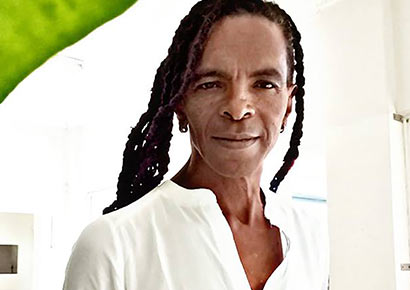 Cape Town Pride has formally apologised to entertainer Soli Philander for using his image without his consent and suggesting that he was appearing at the event.

On Wednesday, Philander wrote on Facebook that, “It has been brought to my attention that Cape Town Pride Festival is using my image in marketing material for this year’s Mardi Gras.”

He said that, “while I am in full support of Pride as a charity organisation, I will not be doing any performance or emceeing on their stage this year.”

Philander claimed this was the second time this had happened. “There were no contracts or agreements that had been signed so to be using my image for promotional reasons is in fact, illegal.” He continued: “I in no way want to take away from the work this organisation does, but in the context of the word ‘Pride’ do not promote something that is patently untrue.”

Philander added: “Cape Town Pride please refrain from using my identity to promote your event again unless we have a WRITTEN agreement.”

In an email sent to Philander, Matthew Van As, Cape Town Pride’s Festival Director, apologised unreservedly. He said there had been miscommunication amongst the festival’s internal media team after it had been confirmed that Philander was not available for the event.

“All materials have been removed [representing] Soli and are being re-uploaded,” said Van As. “Once again we deeply apologise for this matter.”

Philander has been a long-time supporter of the LGBTQ community and was one of the hosts of the 2012 Mr. Gay World Grand Finale in Johannesburg. That same year he took part in a demonstration in Cape Town demanding that traditional leaders keep their hands off the Constitution’s sexual orientation protection. In 2017, Philander told You magazine that he had been in relationships with both men and women and identifies as non-binary.

The 2019 Cape Town Pride Festival is currently underway. The parade will take place this Saturday, the 2nd of March, from 12pm, starting at Prestwich Street in De Waterkant and moving towards Reddam Field at the Green Point Urban Park.