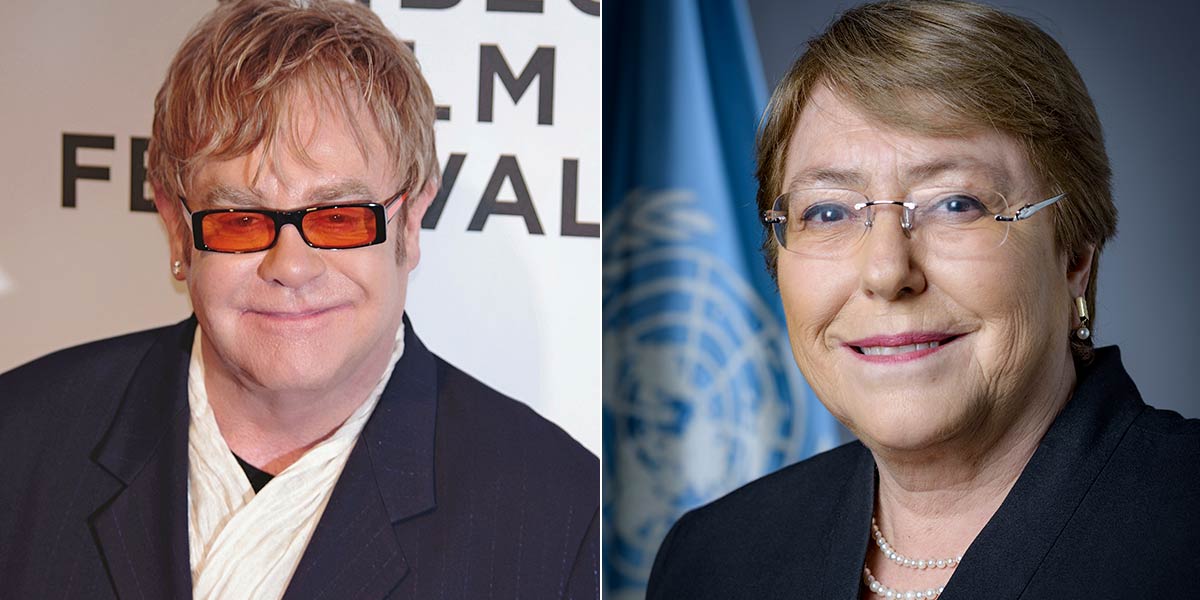 The UN human rights chief has called on Brunei to not implement “cruel and inhuman” penalties that will punish homosexuality with death by stoning, while Elton John has backed a boycott.

The revisions, due to enter into force on Wednesday, stipulate the death penalty for offences such as rape, adultery, sodomy, extramarital sexual relations for Muslims, robbery, and insult or defamation of the Prophet Mohammad, among others.

They also introduce public flogging as a punishment for abortion, amputation for theft and criminalise exposing Muslim children to the beliefs and practices of any religion other than Islam.

Homosexuality is already illegal in Brunei under British colonial era laws with punishment of up to 10 years’ imprisonment.

“I appeal to the Government to stop the entry into force of this draconian new penal code, which would mark a serious setback for human rights protections for the people of Brunei if implemented,” said Commissioner Bachelet.

“Any religion-based legislation must not violate human rights, including the rights of those belonging to the majority religion as well as of religious minorities and non-believers,” she asserted.

In the world of celebrity, music legend Elton John and his husband David Furnish joined actor George Clooney in calling for a boycott of nine luxury hotels around the world owned by the Brunei Investment Agency which is in turn owned by Brunei’s monarch, Sultan Hassanal Bolkiah.

“I commend my friend, George Clooney, for taking a stand against the anti-gay discrimination and bigotry taking place in the nation of Brunei – a place where gay people are brutalized, or worse – by boycotting the Sultan’s hotels,” tweeted John.

“I believe that love is love and being able to love as we choose is a basic human right. Wherever we go, my husband David and I deserve to be treated with dignity and respect – as do each and every one of the millions of LGBTQ+ people around the world.”

The star continued: “Our hearts go out to the good, hardworking employees of properties owned by the Sultan of Brunei, many of whom we know to be gay. We must send a message, however we can, that such treatment is unacceptable. That’s why David and I have long refused to stay at these hotels and will continue to do so. We hope you will join us in solidarity.”

Meanwhile, the Brunei government has defended its right to impose the extreme legislation. “Brunei Darussalam is a sovereign Islamic and fully independent country and, like all other independent countries, enforces its own rule of laws”, the Prime Minister’s Office said in statement.

“The Syariah Law, apart from criminalising and deterring acts that are against the teachings of Islam, it also aims to educate, respect and protect the legitimate rights of all individuals, society or nationality of any faiths and race,” read the statement.

The Prime Minister is none other than Sultan Bolkiah, who is also the Minister of Defence, Minister of Finance and Economy, and Minister of Foreign Affairs. He has been ranked among the wealthiest individuals in the world, worth an estimated $20 billion in 2008, and is said to live in a 1,800-room palace.

I commend my friend, #GeorgeClooney, for taking a stand against the anti-gay discrimination and bigotry taking place in the nation of #Brunei – a place where gay people are brutalized, or worse – by boycotting the Sultan’s hotels.https://t.co/8ymurW7hqm