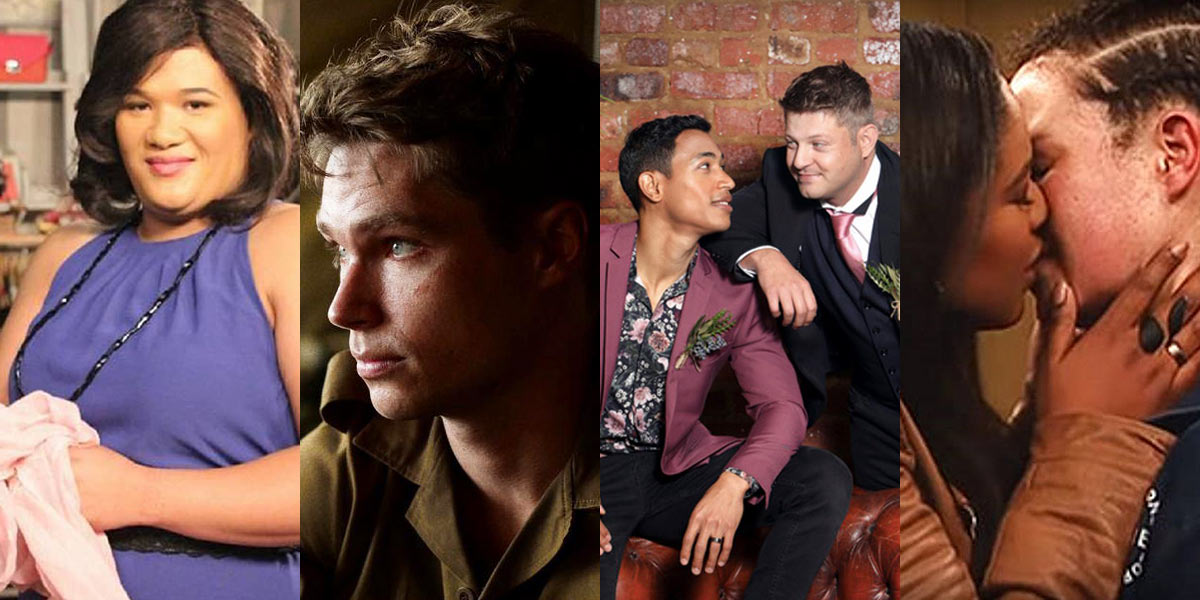 While it is true that homosexuality and queerness have become more accepted, or at least acknowledged in the Afrikaans community, this is not the case across the board, and many queer Afrikaners still struggle with their identity and being accepted.

One way to change attitudes and perceptions surrounding queerness is through representation in television and film, and luckily, this is an area where Afrikaans content producers seem to be stepping up.

There is no doubt that the South African film industry is booming. Local films are enjoying wide international acclaim and raking in awards at various festivals. This is also true for Afrikaans films, and, more importantly for this discussion, queer Afrikaans movies.

Ranging from one closeted man’s dark obsessions in Skoonheid (Beauty) in 2007 to a coming-of-age drama set against the backdrop of conscription in apartheid South Africa in Kanarie (Canary) in 2018, these films explore authentic lived experiences from a uniquely Afrikaans point of view. Films joining the ranks include Die Stropers (The Harvesters) and Moffie, which will be released in South Africa this year.

And then we come to LGBTQ+ representation in Afrikaans television. Arguably, television plays an even bigger role in influencing and shaping perceptions, as it is more broadly accessible and something that is experienced in the comfort of one’s home – often with other members of the family.

Great strides have been made in representation in Afrikaans television series and soaps. Even minor arcs in a long-running soap like 7de Laan expose a large audience to the experiences and struggles of LGBTQ+ members. After 18 years, the soap featured its first same-sex kiss. Even though there were some negative responses, the kiss sparked national conversations around religious intolerance, acceptance and love – also important for fostering understanding and acceptance.

The soap has since featured a transgender character – played by transgender actress Deonay Balie – and a lesbian kiss. Another soap positively representing queer relationships is Getroud Met Rugby (Married To Rugby) – the first Afrikaans soap to feature a same-sex wedding. A rugby player, later coming out as bisexual, marries a lawyer in a beautiful ceremony. As established characters, the soap explores the everyday challenges and struggles faced by the couple.

I’m optimistic this is just the beginning of representation exposing and affirming the stories of so many LGBTQ+ South Africans and Afrikaners in this popular genre.

Don’t we all deserve a place in the sun?

Afrikaans TV series have also explored queer experiences. In Die Boekklub (The Book Club), a small-town farmer struggles to come to terms with his sexual identity after meeting a man he is attracted to. As their relationship grows, he comes to accept himself and allows himself to be happy. Initially, his father is against the relationship but he comes to terms with it, accepting his son and his partner. The couple eventually gets married, but the wedding is not shown.

In Fynskrif (Fine Print), a show about the ins and outs of a family-run law firm, the son and grandson of the firm’s partners is openly gay. The family is supportive of the high school student’s relationship with a fellow student.

Another show that made headlines in 2019 for queer representation is kykNET’s Boer Soek ’n Vrou (Farmer Seeks a Woman). The Afrikaans reality show documents five farmers’ search for love. This year, for the first time, a gay farmer was a contestant in the show. Initially, 10 farmers are presented to the public, and the five farmers who receive the most mail from interested love matches are then featured in the series. Despite some negative reactions from the public, Damien, the first-ever gay contestant, received the most amount of letters out of all the contestants, ensuring his place in the show.

By exploring and depicting the everyday lived experiences of queer Afrikaners, authentic representation in film and television can be a powerful tool in shaping perceptions and fostering acceptance. Aren’t we all just looking for happiness? Don’t we all deserve a place in the sun?

Great strides have been made, but there is still room for improvement. There is definitely a symbiotic relationship between queer representation and acceptance: If representation allows for better understanding of experiences that lead to acceptance, in turn, this process can stimulate more accurate and authentic portrayals in more mediums, and in a higher quantity. Hopefully, this relationship will continue to go from strength to strength in Afrikaans film and television.