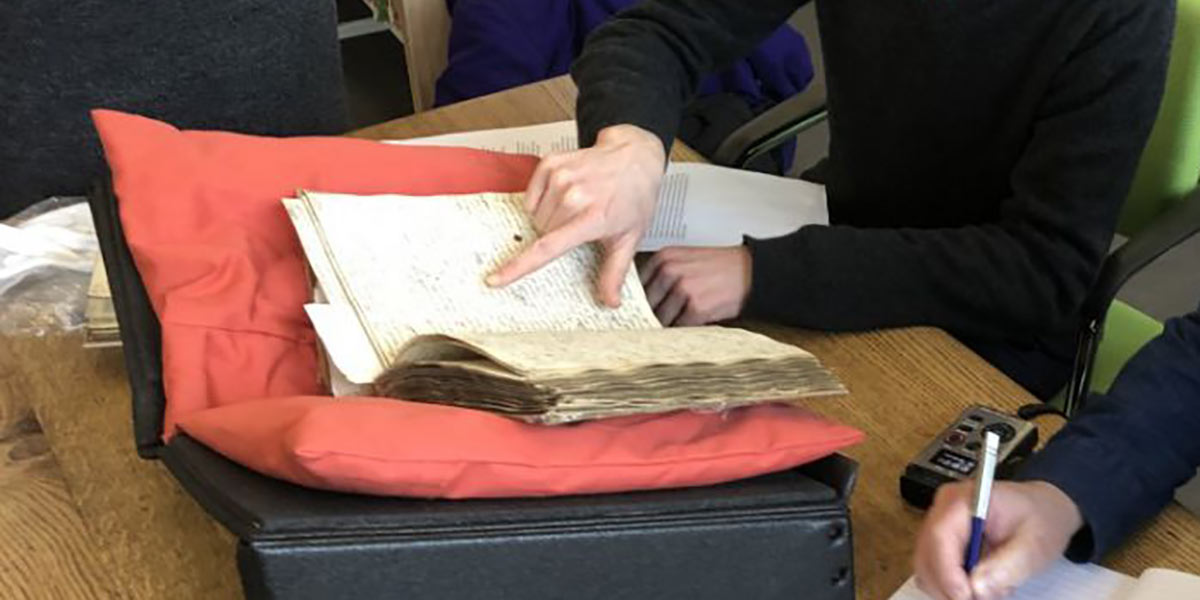 You may have assumed that many of the arguments supporting same-sex love and sexuality are relatively modern ones, but a newly discovered farmer’s diary entry from 1810 has shown that’s not the case.

The 200-year-old diary entry by Matthew Tomlinson from Yorkshire suggests that recognisably contemporary understandings of homosexuality were being discussed by ordinary people earlier than is commonly thought.

Tomlinson documented his thoughts on the issue on 14 January 1810 in response to reports of the execution of a naval surgeon for sodomy and argued that people are born homosexual and should not be killed because of it.

He wrote: “It appears a paradox to me, how men, who are men, shou’d possess such a passion; and more particularly so, if it is their nature from childhood (as I am informed it is) – If they feel such an inclination, and propensity, at that certain time of life when youth genders [i.e. develops] into manhood; it must then be considered as natural, otherwise, as a defect in nature … it seems cruel to punish that defect with death.”

Tomlinson goes on to question how God could allow such severe penalties for a divinely-ordained trait.

The farmer wrote the passage following newspaper reports of the court-martial and execution of naval surgeon James Nehemiah Taylor, who was hanged from the yard-arm of HMS Jamaica on 26 December 1809 for committing sodomy with his young servant. Newspapers in Britain and Ireland published accounts of the case, reminding readers of the penalties for homosexual behaviour.

Tomlinson’s passage was uncovered by Eamonn O’Keeffe, a doctoral student in the History Faculty at the University of Oxford, while undertaking his PhD research in Wakefield Library. Although historians have written about other parts of the Tomlinson diary, this passage has not previously been brought to light.

“In this diary we see a Yorkshire farmer arguing that homosexuality is innate and something that should not be punished by death,” explained O’Keeffe. “While Tomlinson’s writings reflect the opinions of only one man, his phrasing – ‘as I am informed it is’ – implies that his comments were informed by the views of others.”

He added that, “This exciting discovery complicates and enriches our understanding of Georgian attitudes towards sexuality, suggesting that the revolutionary conception of same-sex attraction as a natural human tendency, discernible from adolescence, was mooted within the social circles of an ordinary Yorkshire farmer.”

There are examples of similar arguments being made around this period. Utilitarian philosopher and social reformer Jeremy Bentham contended in manuscript notes that there was “no reason for punishing” sodomy, although he did not dare publish such radical views in his lifetime. But the Tomlinson diary provides evidence that similar conversations were happening outside elite circles.

Experts in the field are excited about the discovery. Professor Fara Dabhoiwala, a historian at Princeton University with expertise in the history of changing sexual attitudes and behaviour, commented: “This wonderful archival find by Eamonn O’Keeffe provides vivid proof that, even during times of severe persecution, historical attitudes to same-sex behaviour could be more sympathetic than is usually presumed. Matthew Tomlinson’s diary illustrates that, by 1810, even an ordinary Yorkshire farmer could seriously entertain the idea that homosexuality was not a horrible perversion that deserved the death penalty, but simply a natural, divinely ordained human quality.”

Dr Rictor Norton, an expert on the history of homosexuality in this period, said “the view that homosexuality was a natural inclination was rarely so clearly expressed” as in Tomlinson’s writings. “It is extraordinary to find an ordinary, casual observer in 1810 seriously considering the possibility that sexuality is innate and making arguments for decriminalisation,” he added. “Tomlinson’s diary reflections on homosexuality are unique for their time.”

The death penalty for acts of sodomy was abolished in Britain in 1861, when they were instead made punishable by a minimum of 10 years imprisonment.