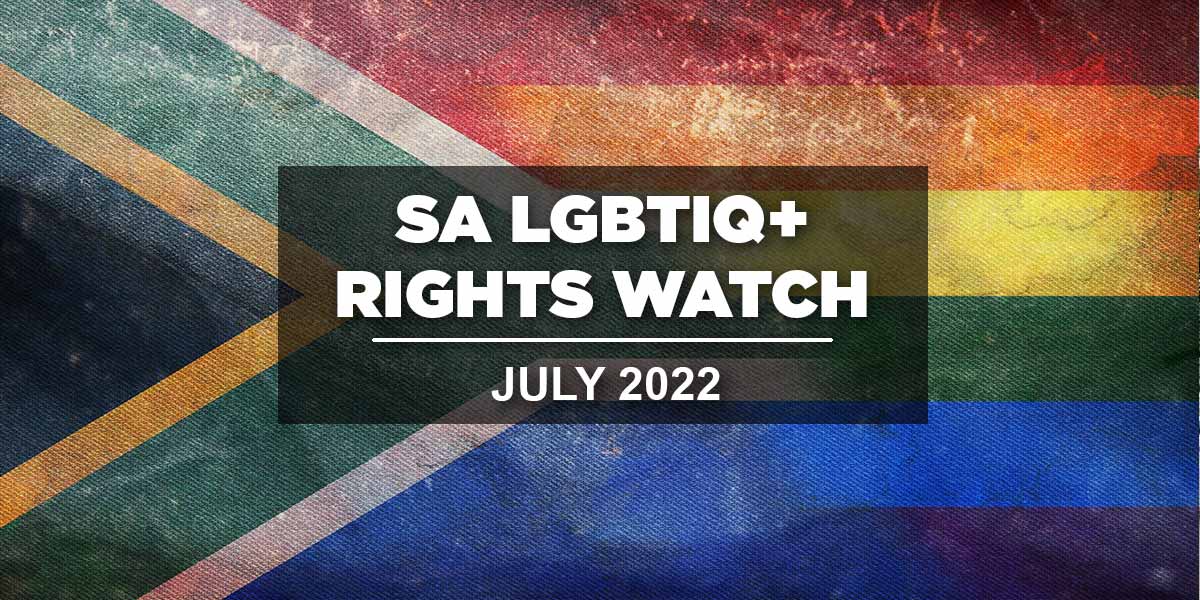 OUT LGBT Well-being in collaboration with MambaOnline publish a monthly overview of violations of the rights of LGBTIQ+ people in South Africa. We also look at the status of cases making their way through the criminal justice system. Here is our summary for July 2022.

If you’ve experienced or witnessed an LGBTIQ+ hate crime, hate speech or any other kind of LGBTIQ+ discrimination in South Africa, you can now report it anonymously on your phone at no cost.

NB: South African phone companies have a pre-set time limit. After 120 seconds you will lose connection. However, if you redial *134*382*5# you can start where you left off.